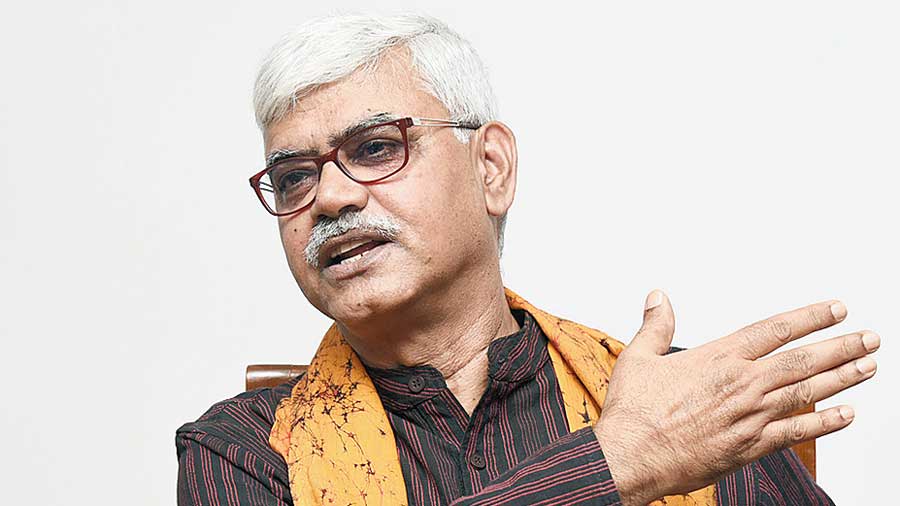 Visva-Bharati vice-chancellor Bidyut Chakrabarty has invited around two dozen alumni and old-timers of Santiniketan, including kin of Nobel laureates Rabindranath Tagore and Amartya Sen, for a meeting on Wednesday to exchange thoughts on ways to improve the university.

Sources have said this is the first such move since Chakrabarty took over as the VC in November 2018. The invitation for the meeting comes after several controversies gripped the varsity in the recent past and a section of Santiniketan residents and alumni expressed their displeasure over the way Visva-Bharati was being run.

“The undersigned is directed to convey that the VC desires to meet you as a well-wisher of Visva-Bharati to exchange the thought for betterment of the university,” reads the letter sent to each of the invitees by the confidential secretary of Chakrabarty.

The sources said the VC had decided to talk to stakeholders of Visva-Bharati after a large section of old timers of Santiniketan had in the recent past criticised the authorities on several issues, including inviting BJP leaders to address programmes on the campus.

“The VC will try to listen to them first and seek help from them regarding the welfare of Visva-Bharati,” a university official said.

Supriya Tagore, a descendent of the Tagore family and former Patha Bhavan principal, said he would attend Wednesday’s meeting.

“This is the first time we have been invited by the VC for discussion. I will certainly attend the meeting,” he said.

Shanta Bhanu Sen, a cousin of Amartya Sen, is also among the invitees for Wednesday’s meeting.

However, an invitee said: “If the varsity wants to use us as pawns to fulfil its agendas, we will protest.”

Subir Banerjee, a varsity alumnus and an old timer of Santiniketan, said: “It is a good gesture…we believe any problem can be solved through discussions. Let’s see what happens in the meeting.”

An alumnus said he would submit his views on boundary walls and other issues in writing to the authorities.

“The varsity should be constructive and should not create any difference between state and central government. I will request the VC to solve the issues but not to create the issues which harms the culture of varsity,” he said.

Vandalism had erupted on the campus on August 17 over the varsity’s decision to build boundary wall on Pous Mela ground.

While condemning the vandalism, several prominent citizens of Santiniketan had protested against the varsity’s “culture of building boundary walls” on the campus.

Last week, a section of residents, including relatives of the two Nobel laureates, wrote to chief minister Mamata Banerjee requesting her to take back control over a road running through the campus that the state government had handed over to the varsity in 2017.