In response, the state government is mulling an alternative this year 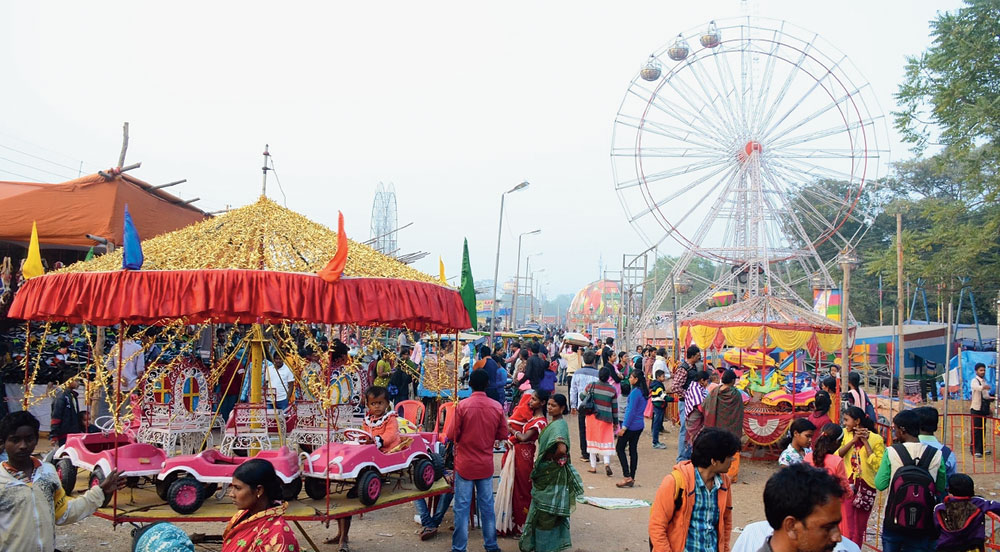 Visva-Bharati in a meeting on Saturday decided to hold Pous Utsav but not the fair this month because of the pandemic.

In response, the state government is mulling an alternative to the Pous Mela this year.

“There will be no Pous Mela this year. We will conduct only traditional rituals and programmes following Covid protocol. We have invited our Chancellor and chief minister for the centenary celebrations. However, we are yet to get their confirmations,” said Kishore Bhattacharya, one of the joint secretaries of Karmi Mandali that conducts programmes in the varsity.

Pous Mela started in 1894 and is a key event in Bengal’s calendar.

However, as Pous Mela is an important event for tourists and traders, the state government is working on a plan to hold a fair on the Dak Bungalow ground in Bolpur town. The government wants to hold the fair with the help of NGOs.

“We have received proposals from half a dozen organisations (to hold the fair),” said Abhijit Sinha, mentor of Birbhum zilla parishad that owns the ground.

Bangla Sanskriti Mancha, an apolitical platform, is one among those who have approached the zilla parishad to organise the fair.

“We want to organise the fair mainly for two reasons. One, the fair gives a steady income to the local artisans who wait for Pous Mela to sell their produce. The fair is important this year because they have suffered due to lockdown. If political rallies can be held, there is no reason for the fair not to be held,” said Samirul Islam, secretary of the outfit.