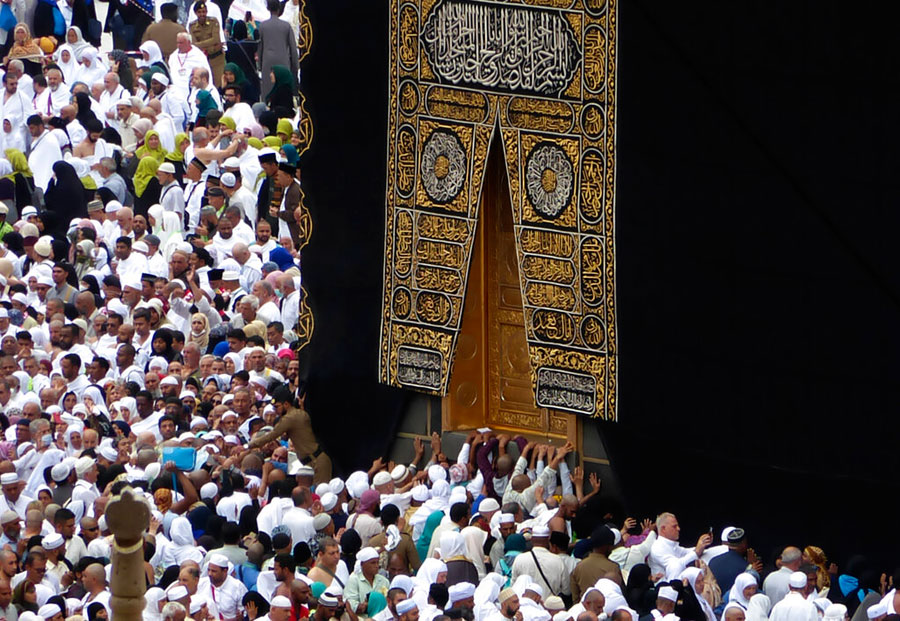 A group of 77 Umrah pilgrims on their way to Saudi Arabia were not allowed to board a flight on Thursday morning after the airline received a communication that no foreigners would be allowed to enter Mecca because of the coronavirus scare.

The pilgrims, who were to take an Emirates flight from the city to Dubai, had collected their boarding passes, completed security check and were waiting in the security hold area when they were told about the ban, airport officials said.

“We were about to board the flight when we were told about the travel ban issued by the Saudi Arabia government. Now we have to return home and wait for the ban to be lifted,” said Md Shajahan from Malda’s Kaliachak.

Most of the pilgrims were from Malda, Murshidabad and North and South Dinajpur. From Dubai, the group was to fly onward to Saudi Arabia.

Airlines are alerting tour operators and passengers travelling to Saudi Arabia about the ban, sources said.

International flights from Calcutta have already been affected by the coronavirus scare. Flights to China have been suspended. The Cathay Pacific-owned Dragonair has also announced temporary withdrawal of its flights to Hong Kong in March. IndiGo would suspend one of its flights to Bangkok because of a drop in passenger count.

“This season, there have been very few bookings. Several wedding plans in southeast Asian countries have been cancelled because of the coronavirus scare,” said Anil Punjabi, chairman, east, Travel Agents Federation of India.