Twin marathons in the hills 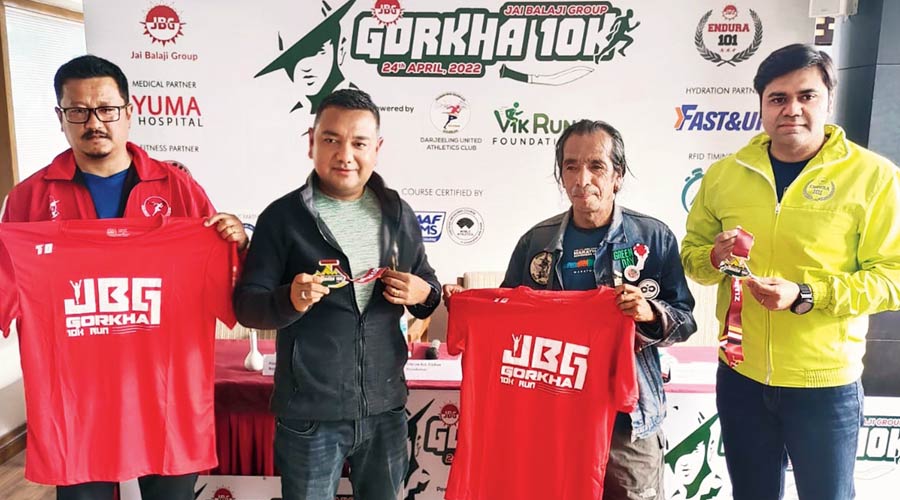 The jersey of an upcoming marathon launched in Darjeeling on Tuesday
Telegraph picture
Vivek Chhetri   |   Darjeeling   |   Published 13.04.22, 02:17 AM

Darjeeling is set to put on its running shoes soon with two marathons.

A Calcutta-based group and a Delhi-based company will separately host two marathons in Darjeeling and Sandakphu on April 24 and May 1.

“We have been holding a JBG marathon in Calcutta for seven years and we have now decided to hold a similar run in Darjeeling as this place has very good runners but there are fewer running events. We hope Darjeeling becomes a vacation and running destination in the years to come,” said Gaurav Jajodia, the director of JBG and a sports enthusiast.

The JBG group will also host marathons in Guwahati and Durgapur after the Darjeeling event. The Gorkha run carries a prize money of Rs 3 lakh.

Rakhi Rai, the founder of the organisation, said members wanted “to move beyond the tag of differently abled”.

The Darjeeling event is being supported by Vik-Run Foundation and Darjeeling United Athletics Club.

A week after the Darjeeling event, Delhi-based The Hell Race company will organise The Buddha Trail along the Sandapkhu- Rimbick area on May 1. Sandakphu is situated at an altitude of 11,900 feet.

“The event has runs in three categories, 12km , 30km and 60km . Around 300 runners from across the country will participate in this event,” said Vishwas Sindhu, the founder and race director of The Buddha Trail. The company hosts marathons across the country.

Many runners have already reached Rimbick to acclimatise themselves to higher altitudes thus boosting the rural economy of Rimbick.