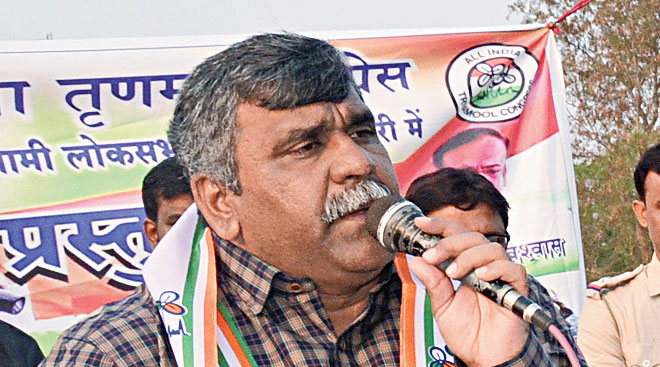 Trinamul’s Pandaveswar MLA Jitendra Tiwari on Saturday tested positive for Covid-19, along with two of his aides, to become part of the 3,161 new cases detected in the 24-hour window till Saturday 9am.

Tiwari, 46, also the Asansol mayor, had been a part of the 45-minute session in the Assembly on Wednesday, where chief minister Mamata Banerjee was present along with many in her cabinet and hundreds of legislators, staff members and journalists.

The MLA is among over 20 sitting members of the Assembly who have so far been infected with Covid-19, half from the ruling party.

“He became symptomatic a couple of days ago with fever. He got tested yesterday (Friday). Because he is only mildly symptomatic now, he is on self-isolation,” said a source in the government.

“We are carrying out contact-tracing and alerting everyone. Some of those in the party and in the government who came in close contact with him have already gone on self-isolation,” the source added.

On Wednesday, Jalangi’s Congress-backed CPM MLA Abdur Razzak Mandal — who defected to Trinamul last year — and a security guard assigned to him had tested positive in the Assembly.

As of Saturday, the state government reported 3,333 or 85.7 per cent as deaths with comorbidity “present”.

Steady rise in tests, coupled with relatively lower cases being found, has improved the positive confirmation rate after August 23, from 8.9 to 8.23 per cent. A decreasing positive confirmation rate indicates reducing levels of Covid-19 spread. The state reported 32.98 per cent occupancy of 12,675 Covid-19 beds in 92 hospitals. Telemedicine services have been given to over 2 lakh, 4,213 of them in the past 24 hours.