'Several surveys have been conducted, and a comprehensive report has been submitted to the party leadership. The process of weeding out rotten elements is underway' 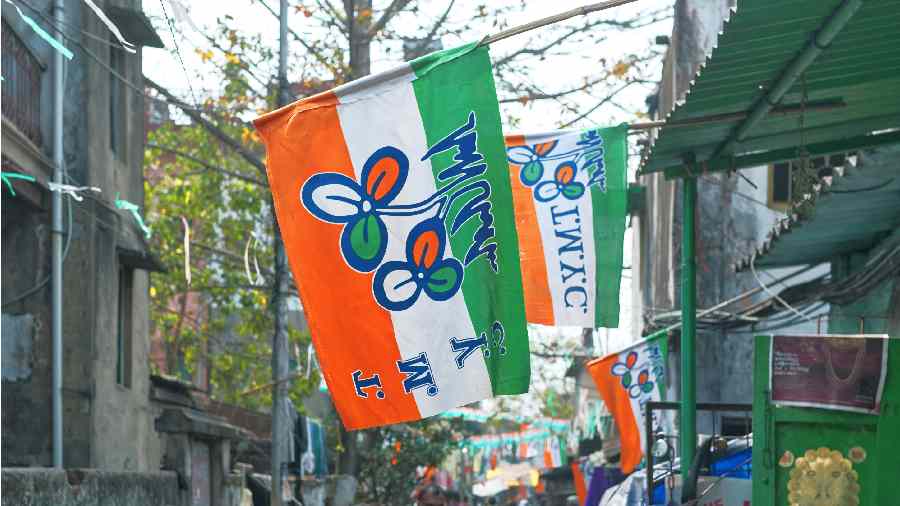 In an image makeover bid, the Trinamul Congress may not give tickets to "tainted" leaders, who are either facing graft charges or have a poor public image, in the panchayat polls in West Bengal due next year.

The party has effected three internal surveys, including one by Prashant Kishor's I-PAC, in the last few months to assess the functioning and conduct of its elected representatives and leaders at all levels.

"Several surveys have been conducted, and a comprehensive report has been submitted to the party leadership. The process of weeding out rotten elements is underway."

"The rectification drive will peak during ticket distribution for panchayat polls next year. More than 50-60 per cent of the elected representatives might be dropped," senior TMC leader Sougata Roy told PTI.

"Since last month, the organisational overhaul is underway at all levels. It will be completed by November this year. While the media is busy with the schools jobs scam and cattle smuggling case, our party is silently undergoing major changes as part of the image makeover exercise," he said.

There have been changes lock, stock and barrel in all the district-level units of the party's labour wing INTTUC and student wing Trinamul Chatra Parishad.

"Changes will take place at all levels of the organisation. We have to rejuvenate and reinvent ourselves, and we will do it," Majumdar said.

Posters claiming that a "new and reformed TMC" will come into being in six months, bearing photographs of only party general secretary Abhishek Banerjee, were put up in various parts of Kolkata in August.

Although questions were raised as to why was there no photograph of West Bengal Chief Minister Mamata Banerjee in the posters, Abhishek Banerjee dispelled all speculations saying, "Mamata Banerjee is the only face of the TMC. New TMC means the party leaders will stand by the people, work and fight for them, which was the basis on which we came to power in 2011."

The Opposition, however, mocked the TMC's attempt to reinvent itself as an "old wine in a new bottle".

"The TMC is corrupt from top to bottom. These attempts are exercises aimed at fooling the masses," BJP national vice-president Dilip Ghosh said.

"Since January this year, an inner-party struggle within the TMC has been out in the open. Now, with some senior leaders arrested and others in a withdrawal mode, the young brigade wants to cement its control over the party by removing old guards from all levels of the organisation," he said.

Political analysts, however, are divided over the intentions and impact of the TMC's image makeover exercise.

"The graft charges have badly hit the party's image. The TMC, with rural polls next year and Lok Sabha polls in 2024, wants to rebuild its image," political analyst Maidul Islam said.

Political scientist Biswanath Chakraborty felt that the image makeover exercise might not yield desired results and limit itself to "diverting attention from the graft charges for the time being".

"These might not give them the desired results as there are serious questions over the exercises' intentions. Besides, those in the young brigade who want to reinvent the party are themselves not free from corruption charges," he said.