Snippets of news from across the city 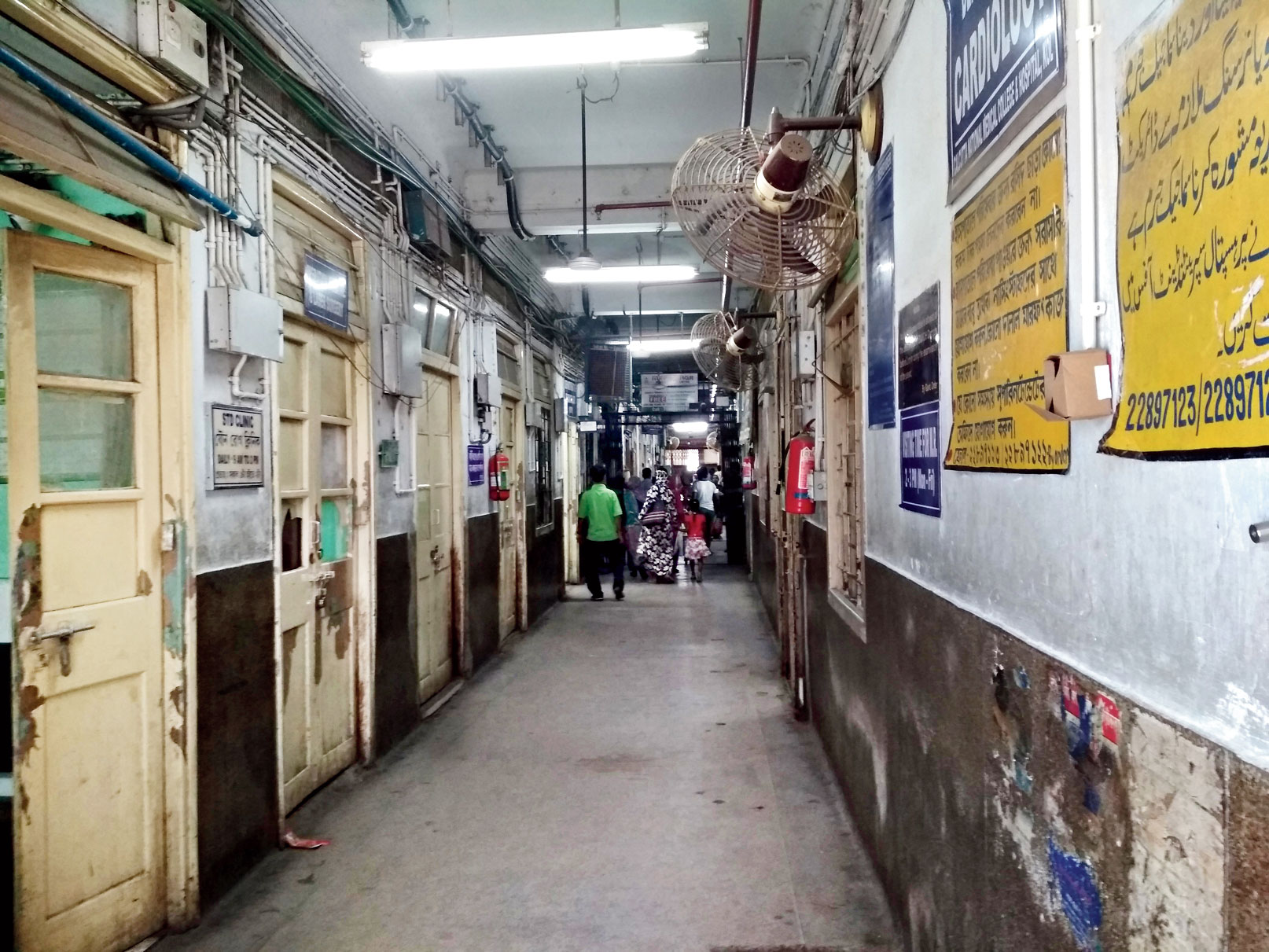 The bomb exploded when the kids started playing football with it. The injured kids were taken to a rural health-care centre and later shifted to the Calcutta National Medical College and Hospital (in picture).
Picture by Bishwarup Dutta
The Telegraph   |   Calcutta   |   Published 18.02.20, 09:54 PM

Three kids were injured in a crude bomb explosion at Ghutiari Sharif in South 24-Parganas on Tuesday afternoon. The bomb was kept in a bag behind the house of a man named Rajjak Sardar, police said. The bomb exploded when the kids started playing football with it. The injured kids were taken to a rural health-care centre and later shifted to the Calcutta National Medical College and Hospital. A team of officers from Baruipur police station inspected the spot.

A school bag containing a Madhyamik admit card and registration certificate was found near Momin High School on Narkeldanga Main Road on Tuesday afternoon. Police tracked down the candidate and handed over the bag her.

A man was arrested on Tuesday on the charge of murdering his mother. Rakesh Dutta, 29, got into a quarrel with his mother, Namita Dutta, 50, over money and allegedly hit her at their Purba Putiary home in the Regent Park area on Tuesday morning. Namita lost consciousness after she was allegedly hit on her chest and stomach. She was declared dead at a hospital.

A police complaint has been lodged against a trainer at a swimming club for allegedly hitting one of his students and causing grievous hurt to him. The victim, a Class IX student of a south Calcutta school, had complained of ear and eye problems after the alleged assault. The incident occurred on February 15 and was reported to Burtolla police station on Monday.

A motorcyclist was injured after his two-wheeler skidded on Indra Biswas Road in the Tallah area on Tuesday morning. Pranjal Ghosh, 47, of Barrackpore was treated at RG Kar hospital.

A man was found carrying 10kg of silver in a bag at Kalighat Metro station on Tuesday. The man was stopped by RPF jawans around 12.10pm. “He was handed over to police a he could not provide any document for the silver,” said a Metro official.

The department of library and information science at Calcutta University will host a workshop on technical writing on February 24.

The Calcutta Municipal Corporation will construct a boundary wall around Jadavgarh Market and also undertake other improvement work, said a civic official. The work would cost around Rs 23.36 lakh and take over three months to be completed.

A man was arrested from Hingalganj on Tuesday on charges of abetment to suicide based on a complaint filed by his in-laws. Barkandaj’s wife Laxmi was found lying unconscious at home on Sunday with a bottle of pesticide beside her. She was declared dead at Basirhat State General Hospital. Her parents alleged that Ranjit had instigated Laxmi to commit suicide after she allegedly objected to her husband’s alleged extra-marital affair.