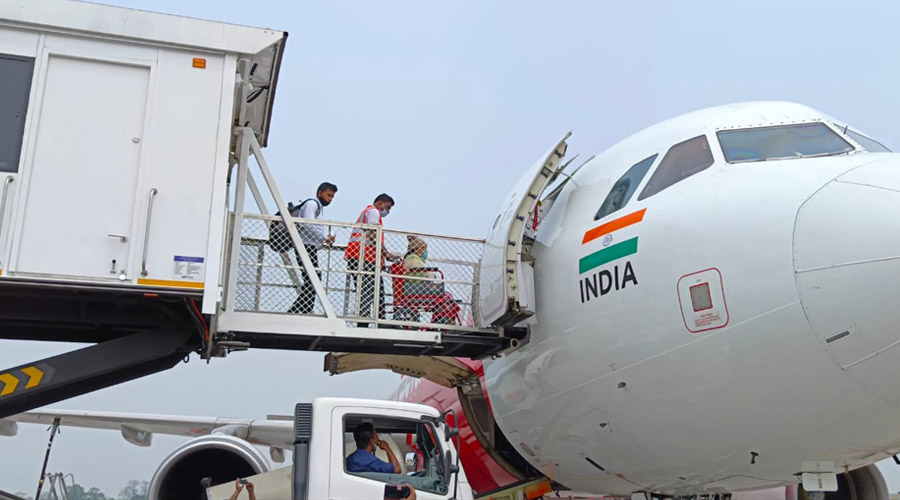 The Union civil aviation ministry has invited bids for preparing a master plan for the Bagdogra airport’s much-awaited expansion in two phases and executing the first one and set aside Rs 1,300 crore for the entire project.

A new terminal and a number of other facilities are planned at the airport that has been chock-a-block for the past one decade because of rise in the number of flights and passengers.

The Airports Authority of India (AAI) invited bids on April 4 seeking architectural and engineering consultancy for preparing a master plan keeping in mind the requirement at Bagdogra in the next 30 years and executing the first phase.

A source at the AAI said a time-frame of 39 months had been set for the execution of the first phase. “Of the 39 months, seven months are allotted for drawing up the master plan,” said the source.

The tender was floated within 20 days of the Bengal government handing over to the AAI land required for the airport’s expansion. The state transferred around 100 acres to the AAI on March 16.

“The agency that will get the bid will draw up details of various facilities which include façade designing, passenger movement system, baggage handling system and IT system,” said a source at the AAI.

“The unprecedented rush of passenger traffic makes it necessary to execute the plan at the earliest. As of now, some extension of floor space has been carried out at the existing building but even then, it is inadequate to handle all daily passengers,” the source added.

Darjeeling MP Raju Bista has appreciated the prompt moves of the AAI.

“It is great to know that the Centre has increased the budget for the Bagdogra airport’s expansion. We hope the work will commence in due course. We also thank the chief minister for handing over to the AAI the land that was needed,” said Bista.

Ambulift — a mechanised lift that can help the physically-challenged board or deboard an aircraft — was introduced at the Bagdogra airport on Friday. Earlier, the staff of airline companies used to carry such passengers to aircraft.

“Ambulift has been commissioned at Bagdogra Airport for divyang passengers/Passengers with reduced mobility as a part of social welfare policy of AAI,” reads a tweet of the airport.