Two classrooms where he studied identified 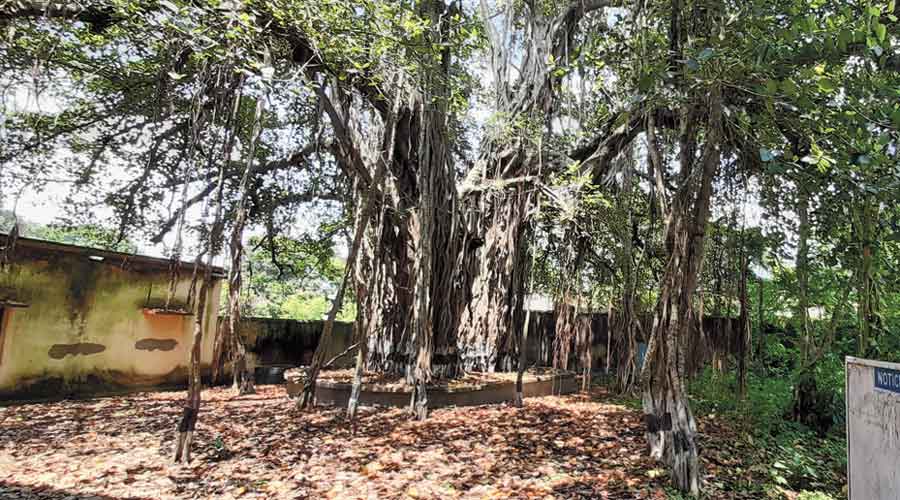 Authorities of Suri Vidyasagar College have decided to build a museum in memory of its most famous alumnus, former President Pranab Mukherjee.

Mukherjee, who passed away on Monday aged 84, had completed his graduation with Bengali honours from Suri Vidyasagar College in 1956. Two of his old classrooms will be turned into a museum, college authorities said.

Principal Tapan Kumar Parichha said: “We are proud of our alumnus (Mukherjee) who went on to occupy the highest office in the country. We have in our possession documents from his college days and old photographs of Pranabbabu as a student.”

A college source said they had copies of Mukherjee’s registration certificate, attendance register of his batch, and other old documents. “We have the chair on which Mukherjee sat during his visit to the college in 2012 as the President,” the source added.

“During a visit, team members of NAAC (National Assessment and Accreditation Council) suggested we keep the original look of classrooms where the former President used to attend classes,” said Parichha.

“To bring back the old look of the classrooms, we have sought the services of an architect.”

After finishing his school in Kirnahar, Mukherjee moved to Suri in 1952 and took admission at the Suri Vidyasagar College. He spent four years of his student life in Suri before going on to study at Calcutta University. Mukherjee had fond memories of his college days. “I took admission to the ISc course here in 1952 and it seems like yesterday. My registration number was 5,057 and registration fee was Rs 2,” Mukherjee had recalled in his speech at the felicitation ceremony his college had organised for him in 2012 after he became the President.

College sources said the authorities had planned a museum after Mukherjee’s visit to the college in 2012. The idea took a backseat over lack of planning.

Sources said that the original building was made of lime and bricks and had a tin roof. The two classrooms are from the time the college was set up in 1942.

“The rooms were in such a dilapidated state that they could have collapsed any moment. So, we had to use cement to keep the walls standing,” said an official.

However, a college teacher said: “We have already spoken to an architect who said the original look could be restored by removing the outer layer of cement.”

Apart from the classrooms, the hostel building where Mukherjee used to stay and an old banyan tree that bears his memory would also be preserved, said a college teacher.

On Wednesday, around 300 villagers of Mirati and adjoining areas took out two rallies to pay tributes to the son of the soil who passed away on Monday evening.

“The villagers mourned the demise of their very own Kakababu who loved everyone and used to meet us during Durga Puja,” said Mirati resident Jadab Ghosh.

The Visva-Bharati authorities have decided to hold a special memorial service on Friday in honour of the former President.