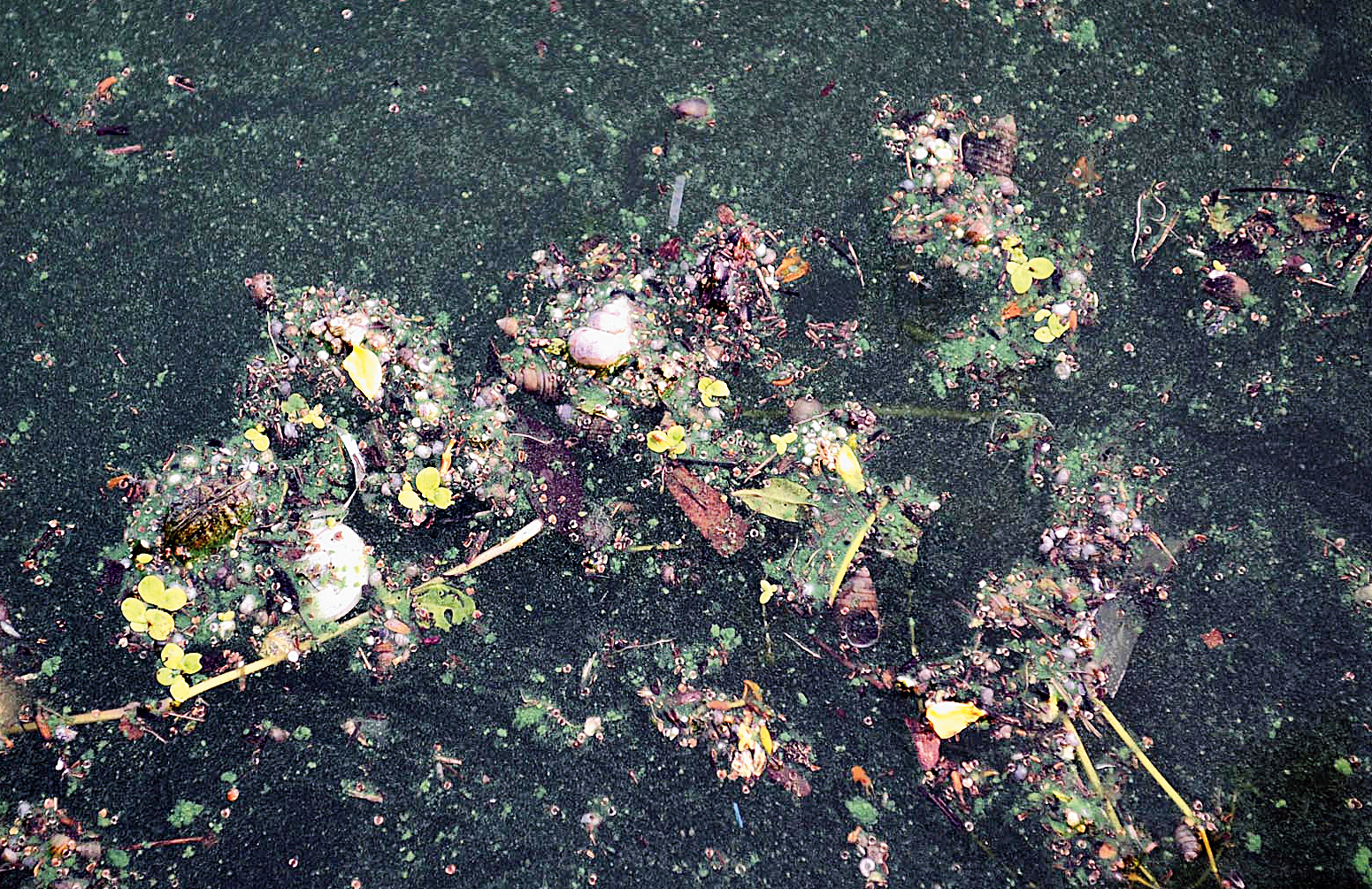 Subhas Sarobar, one of the largest water bodies in Calcutta, remained dirty on Monday after the end of Chhath Puja rituals.

Thousands of worshippers had performed Chhath Puja rituals, pouring oil and ghee into the water, along with other offerings, before taking a dip.

Metro was on the lake premises in Beleghata from noon till around 3pm on Monday. Not a single person was seen cleaning the water body or the park. Some men and women were washing clothes in the water. They said they lived nearby.

An official of the Calcutta Metropolitan Development Authority (CMDA), the custodian of Subhas Sarobar, however, said the agency had cleaned the lake and the park.

“We had deployed men to clean up Subhas Sarobar... they told us that garbage had been removed by Monday afternoon and the entire lake was clean,” the official said.

A number of dead snails and clams were seen floating in the lake. Crows were seen feeding on the ones that had washed up on the banks.

The walking track was filled with garbage with hardly any space left for walking.

Styrofoam trays, plastic glasses, liquor bottles, used earthenware were strewn almost everywhere. There were polythene packets in the water body and the area emanated a stench.

Preparations had started from Wednesday. Several makeshift stages were set up on the park premises and two outside.

Almost all the stages had loudspeakers that blared loud music till late at night, according to people of the area.

“Lots of birds live on the trees in the park. The water polluted by dumped items will reduce the oxygen content in the water and affect the rich aquatic life,” Datta said.

At least 13 variety of fishes can be found in the lake, an official of the West Bengal Anglers’ Association, which looks after fishes in the water body, said. “There are seven species of birds in the lake area.”

Subhas Sarobar was beautified in 2017 in the run-up to the FIFA Under-17 World Cup.