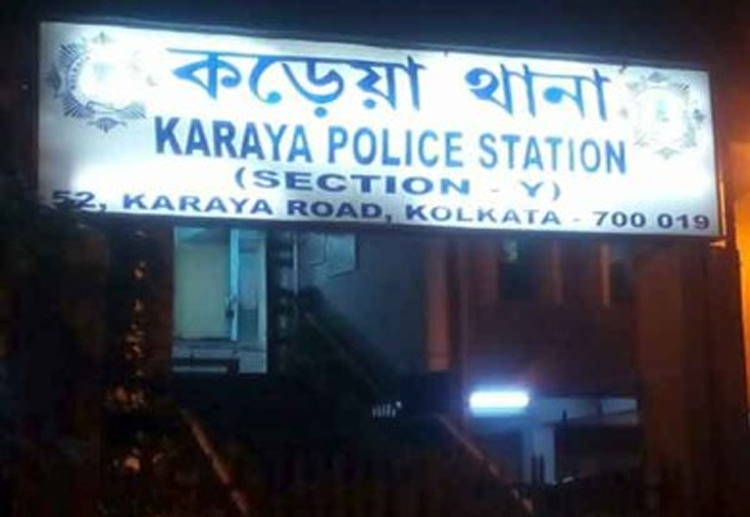 The sub-inspector, to whom the woman narrated the incident, allegedly refused to register a complaint on the ground that the spot where the child had been abandoned was under Karaya police station.
(Pic: anandabazar.com)
Our Special Correspondent   |   Calcutta   |   Published 01.07.19, 11:26 PM

A sub-inspector of Beniapukur police station was suspended on Monday for allegedly refusing to register a complaint citing jurisdiction when a woman reported that her three-year-old daughter had been missing since Sunday night, officers said.

Sources said the woman, a resident of Tiljala Road, had turned up at Beniapukur police station early on Monday and alleged that her husband had abandoned their daughter at the Park Circus Maidan around Sunday midnight.

The woman did as told and the Karaya police registered a case under the IPC section 317 (punishment for a parent for exposing and abandoning a child under the age of 12 years).

Based on the complaint, the woman’s husband, Baro Mallik, was arrested.

Officers said the child was rescued by two men — Faiz Khan and Adil Sakil — who found her crying in the Park Circus area on Sunday night. They gave her shelter and food and on learning from her that her grandmother lived in Tangra, they handed her over to officers of Tangra police station on Monday afternoon.

The Tangra police responded when officers of Karaya police station sent a message about the missing child to all police stations and traffic guards in the city.

“As news reached Lalbazar that the woman had been denied help at Beniapukur police station, the officer concerned was suspended,” a source at the city police headquarters said.

Last month, Calcutta police commissioner Anuj Sharma had issued a “standard operating procedure” on how officers should behave when someone approaches them for help, even if the incident has happened in some other police station area.

The move was triggered by the heckling of a woman and the driver of the app cab she was travelling in by a bike gang at the Exide crossing and later near her home at Lake Gardens early on June 18.

The woman — model Ushoshi Sengupta — approached an officer standing in front of Maidan police station, less than 100m from the Exide crossing, but was allegedly denied help initially on the ground that the spot where she was harassed was under Bhowanipore police station. The woman allegedly got the same response when she went to Charu Market police station to lodge a complaint.