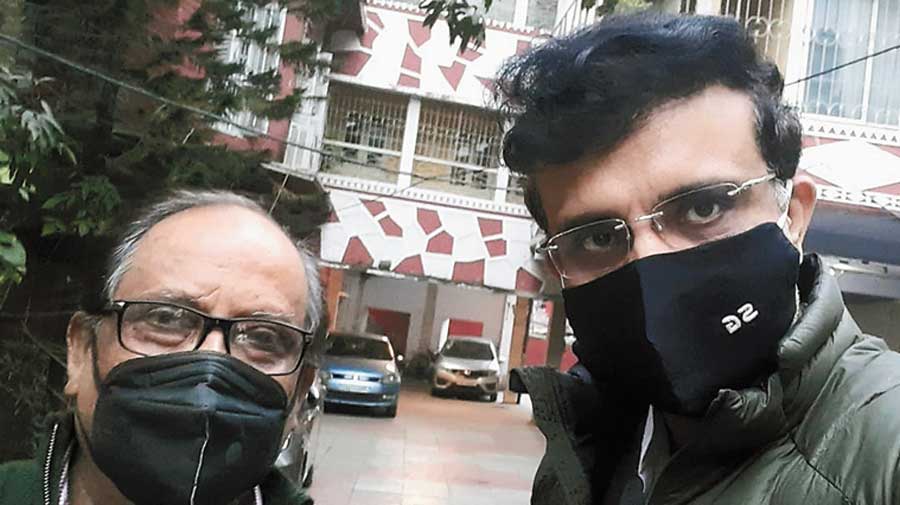 Senior CPM leader Asok Bhattacharya called on former Indian cricket captain Sourav Ganguly at his Behala residence in Calcutta on Wednesday to enquire about his health.

Bhattacharya, who spent around 45 minutes with the BCCI president, said Ganguly was absolutely fine and that in due course, the former Indian cricketer would go for another angioplasty to get a couple of more stents implanted.

“On Wednesday, I reached Calcutta to attend a meeting of the Assembly standing committee on industry. After the meeting, I called him (Ganguly) up and asked about his health. I also asked him if I could come over to his place. He agreed and then I went to his home and met him,” Bhattacharya said over the phone.

Bhattacharya said both of them had only spoken about Ganguly’s health.

“He has told me that he is doing fine and following the diet and other guidelines advised by doctors. He also told me that he would go for an implant of a couple of more stents but is yet to finalise the dates,” the CPM leader said.

Bhattacharya posted on Facebook a dualfie of him and Ganguly that was clicked in front of the latter’s residence.

“Sourav walked me up to the car,” the Siliguri mayor said.