It’s a really sad day. We have lost a close, loyal friend. But he will live among us, says Sharmila Tagore 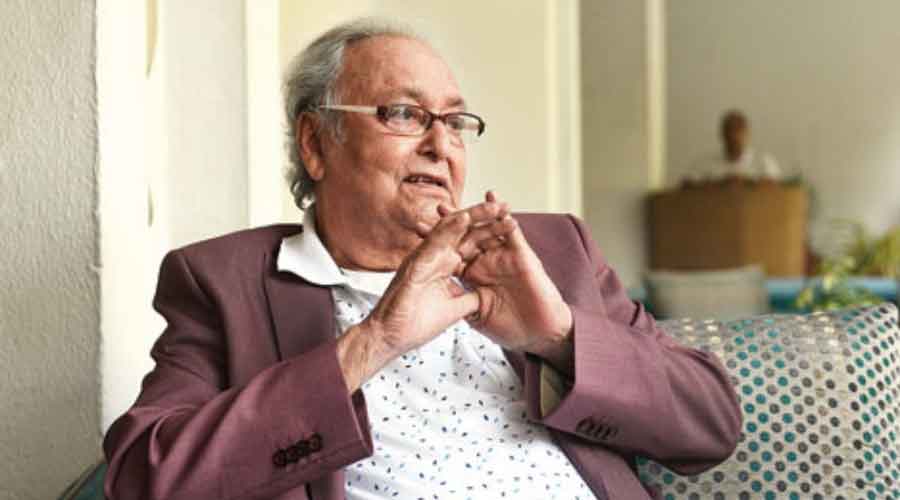 The film fraternity paid tribute to legendary actor Soumitra Chatterjee, who passed away on Sunday at a Calcutta hospital after over a month-long battle against multiple ailments, including Covid-19 encephalopathy.

Remembering him as a great cultural icon and a loyal friend, actors, politicians and close ones paid home to the icon.

The demise of Chatterjee is being seen as a loss of an era amid the film fraternity.

Veteran actor Sharmila Tagore said, “ We thought he would win the fight. It’s a really sad day. We have lost a close, loyal friend. But he will live among us.”

Filmmaker and the son of Satyajit Ray, Sandip Ray, said, “My father loved working with him. I have lost a family.”

Soumitra was the hero of my first film. He was a family friend. I have lost a parent today. We cannot accept his death at all,” said filmmaker Aparna Sen.

“He will live among people for years”, said veteran actor Sabitri Chatterjee.

“I first met Soumitra Kaku 45 years ago, during my first film ‘Sonar Kella’.Then on, we had an association for years. He had never let anyone feel that he was a person of such stature. He was the torchbearer of an era,” said Bengali actor Kushal Chakraborty, who played Mukul in Sonar Kella when he was 6 years old.

Ranjit Mallick, a Bengali actor, mourned Chatterjee’s death. “Have worked in many movies with him and learned a lot. I feel really sad today,” he said.

Actor Parambrata Chatterjee called him a “dear, dear friend”. “In the last one and-a half years we had grown fond of each other, not as if there weren't minor disagreements now and then, like the way it happens between friends. but respect and love only grew abundantly. A big piece tears away from my existence today, a precious tie severed. Impossible to articulate how it feels to lose a friend who also is a teacher," he wrote.

Political leaders, too, paid homage to the actor.

Prime Minister Narendra Modi condoled his death in a Twitter post. "Shri Soumitra Chatterjee's death is a colossal loss to the world of cinema, cultural life of West Bengal and India. Through his works, he came to embody Bengali sensibilities, emotions and ethos. Anguished by his demise. Condolences to his family and admirers. Om Shanti."

"Deeply pained to learn about the demise of legendary Soumitra Chatterjee ji. An iconic actor, who took Bengali cinema to new heights. In Soumitra Da, Indian silver screen has lost a gem. My thoughts and prayers are with his family and countless followers. Om Shanti Shanti Shanti," Home Minister Amit Shah tweeted.

Chief Minister Mamata Banerjee said that the state will give the actor a 21 gun salute on Sunday, adding that he will live among people through his work and love. "I had spoken to him (Soumitra Chatterjee) over phone when he was admitted on October 6 after testing positive for COVID-19. He was very confident. Although he has passed away COVID-19 could not defeat him as he had already recovered from the deadly disease,” she told reporters.

Starting his career in acting with Satyajit Ray’s Apur Sansar, the thespian’s career spanned over 50 years. Thereafter, the actor and the director continued to collaborate for several other films, including Charulata , Ghare Baire , Devi and Aranyer Din Ratri.

He  was admitted to the hospital after testing positive for Covid-19 on October 6.

Chaterjee’s body will be taken to Calcutta’s rabindra Sadan for two hours, following which the last rites will be performed at 5:30 pm.

Soumitra Chatterjee is survived by his wife, daughter and son.