A trained beautician, Sukla Debnath has trained around 500 candidates so far 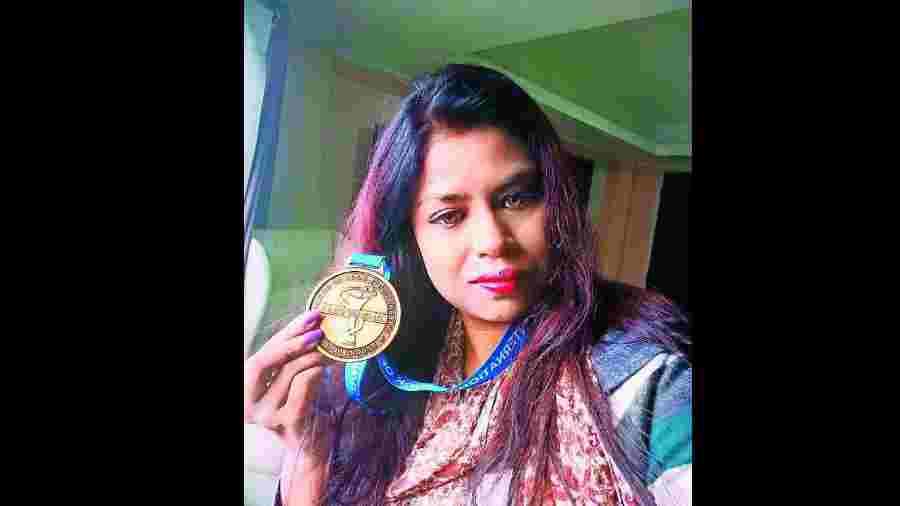 Beauty is not always skin deep and Sukla Debnath, 35, from New Hasimara in Alipurduar’s Kalchini knows it.

Debnath has taken up the task to help young girls who dwell in the tea estates of the Dooars earn a living by training them as beauticians.

A trained beautician, Debnath has trained around 500 girls so far, she said, and some of her students are even working in salons of Bangalore and Mumbai. Many of the girls are from closed tea estates.

“Around five years back, I felt that I should do something to help the girls who live in tea estates so that they can earn some money. I started approaching them and offered them free training for three months. Initially, the response was tepid, but gradually girls started joining the course that I offered. It indeed gives me pleasure that I have trained around 500 of them so far and they are self-reliant now,” said Debnath.

Beautician’s training apart, she also teaches karate to the girls for their self-defence.

“Learning karate boosts the confidence of these girls and helps them encounter an undesirable situation bravely,” said the woman who knows “basic karate”.

Her neighbours in New Hasimara said Debnath, who stays with her mother, spends most of her earnings on social purposes.

Along with the free training to the girls, she often visits tea gardens, distributing books and stationery among children and sanitary pads among girls.

“During the pandemic, she distributed cooked food among the poor on a regular basis. She even pays some of her students so that they can buy the toiletries and other items needed to open a parlour,” said a neighbour.

“It is great to see the young lady consistently working for women's empowerment. Sukla Debnath is an inspiration for us,” said Haque.

Through her endeavours, Debnath made it to the pages of the International Book of Records in June this year. She was named the “youngest social worker to perform maximum social activities” and was accorded a certificate and a medal from the platform.

The trainees are deeply appreciative of their Didi whose efforts helped them become financially independent.

Rinki Lohar, a girl from Kalchini tea estate, who stays and works in Bangalore now, said it is because of Debnath’s training that she is today able to earn around Rs 20,000 a month.

“My husband works at a private firm in Bangalore. I took my beautician’s training from Sukla Didi and joined a parlour here. It is because of her that hundreds of girls in Dooars have found an opportunity to earn money,” Rinki told this correspondent over the phone.