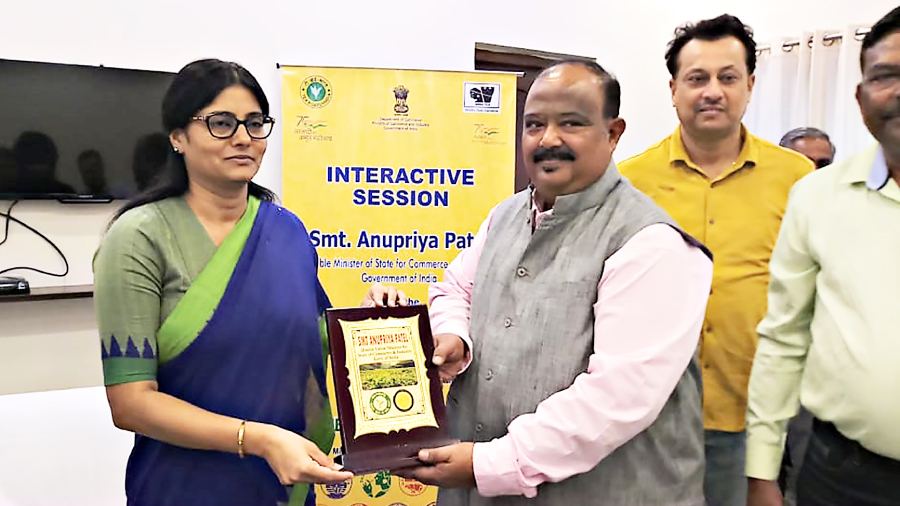 Small tea growers who contribute around 51 per cent of tea produced in India have sought from the Centre the status of farmers to underscore that without it growers are deprived of central and state benefits for farmers.

On Friday, a delegation of the Confederation of Indian Small Tea Growers’  Associations (Cista) met Anupriya Patel, the Union minister of state for commerce and industry in Delhi, and submitted a memorandum to her, seeking their recognition as farmers.

Small tea growers said that farmers get bank finance, crop insurance, free irrigation facility and pension, along with the annual assistance provided both by the Centre and the state, but they don’t.

“Over the years, we have been beleaguered with non-remunerative prices, which at times, do not even cover the cost of production. That is why we have demanded that small growers, who produce tea leaves, a cash crop, be considered farmers. The tag would largely help the fraternity that contributes over half of the total tea that is produced in India,” said Cista president Bijoygopal Chakraborty.

“We want the Centre to come up with a policy where a minimum remunerative price of Rs 30 a kilo, which exists for other cash crops like sugarcane, is introduced in our sector also,” added Chakraborty.

In north Bengal, there are around 50,000 small tea growers and over 200 bought-leaf factories (BLFs).

Around 54 per cent of Bengal’s tea is produced by this sector.

Recently, the BLF owners had said that lower price realisations had forced many of them to mull closing their units.

The small tea sector also doesn’t enjoy the status of a brand unlike the organic teas produced in Darjeeling, Assam and the south Indian states, a grower of Jalpaiguri pointed out, adding this was one of the reasons why their teas continued to fetch lower prices.