The motion was passed in the absence of Trinamul councillors, who were away in Calcutta for a party meeting 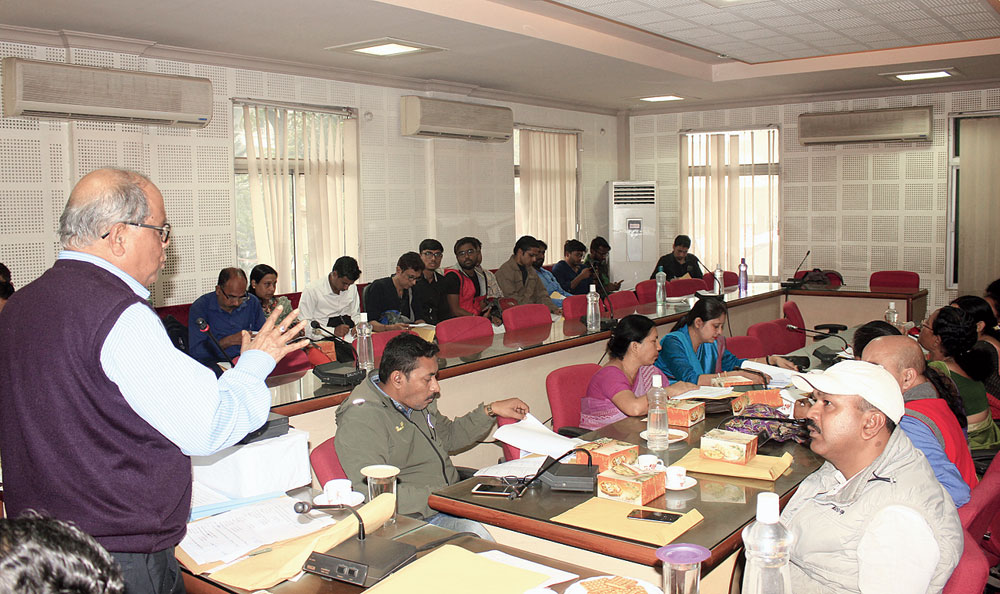 Mayor Asok Bhattacharya managed to get a number of resolutions passed, including the Left councillors’ decision to hold a day-long demonstration in Calcutta’s Metro Channel on March 1, at the monthly board meeting of the Siliguri Municipal Corporation here on Monday.

The decisions were passed in absence of Trinamul councillors, who were away in Calcutta for a party meeting.

The resolution on the “dharna” against the state government prompted the Trinamul councillors to accuse the mayor of convening the meeting “intentionally” on a day they were not present.

The mayor however, rejected the allegations and lashing out at the government for imposing an “unofficial financial embargo” on the SMC by not allotting funds.

“In 2017-18, the government allocated Rs 3.38 crore for Darjeeling municipality and Rs 8.12 crore for Mirik municipality under ‘development of municipal affairs scheme’. But not a penny was allotted to us. In the same fiscal, the Mirik civic body was provided with Rs 3.12 crore for a water supply scheme, while no money was provided to the SMC. This is the gross discrimination we have been facing for the past four years. That is why we have planned the demonstration in Calcutta,” Bhattacharya said.

At the board meeting held for 30 minutes, Congress and BJP councillors were present. They, however, abstained from backing the resolutions.

Ranjan Sarkar, the leader of the opposition, said: “We had requested the mayor to defer the meeting as we had an engagement in Calcutta on Monday. But our appeal was ignored and he passed resolutions without opposition. We want to make it clear that on March 1, we will also launch a dharna at the SMC against the mayor. We will also stay away from all board meetings in coming months.”