Since 2002, when the route was upgraded from metre gauge to broad gauge, around 90 elephants and a number of gaurs and deer have died on tracks 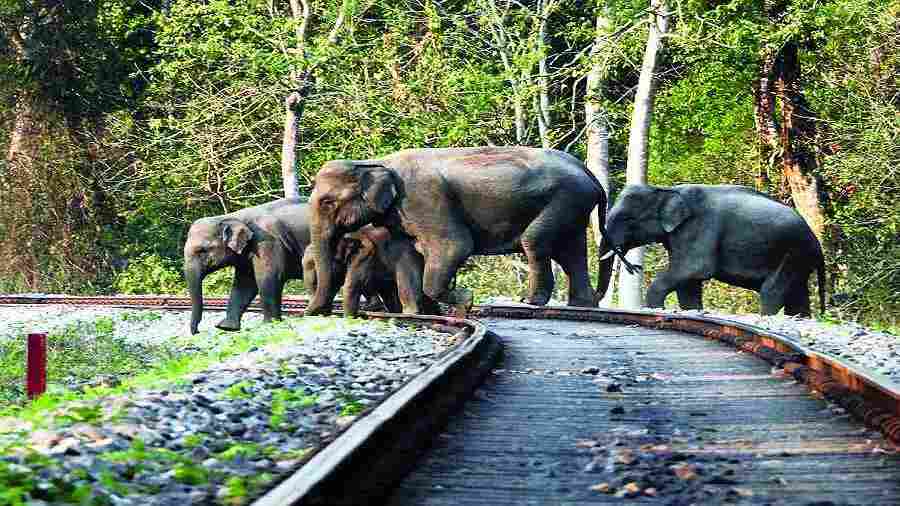 Authorities of Northeast Frontier Railway (NFR) have taken up the task to install an alert system to prevent deaths of elephants and other wild animals on the Dooars railway tracks.

The tracks, which are around 160km long, connect Siliguri Junction with Alipurduar Junction and pass through many stretches of reserve forests, making the stretch vulnerable to wild animals.

Since 2002, when the route was upgraded from metre gauge to broad gauge, around 90 elephants and a number of gaurs and deer have died on tracks after being rammed by speeding trains.

“We have started installing the Advanced Elephant Intrusion Detection System in the track. Here, optical fibres would be laid with sensors along the tracks. So, if any wild animal comes within 10 metres of the railway tracks, an alert message would be automatically passed to the station manager of the nearest railway stations and the trains moving on the tracks would be controlled. This will largely reduce such accidents along the route,” said S. Umesh, the divisional commercial manager–in-charge of Alipurduar division of the NFR.

Umesh said that so far, the sensor system had been installed along 80km between Hasimara and Chalsa.

“A trial run on that route was also held recently,” Umesh added.

“We took help from the state forest department for the trial run. A pet elephant was brought from Jaldapara National Park and as it came near the railway tracks, alert messages immediately reached nearby stations,” added the railway official.

“Even a few days back, the loco pilot and the assistant loco pilot of the Siliguri Junction and Alipurduar Junction Intercity Express had managed to avert an accident as an elephant came on the tracks between Gulma and Sevoke stations. But on a number of occasions, elephants do get hit because a train cannot be halted abruptly,” said a source in the NFR.

So far, messages about elephants standing or crossing the tracks were passed to the railways by the state forest department only if the latter came across the information.

“However, once this new system is introduced, it will reduce time and the message would reach directly to the stations and control rooms,” the source added.