Inspection of the flyover’s structure had begun; load-bearing tests were also carried out 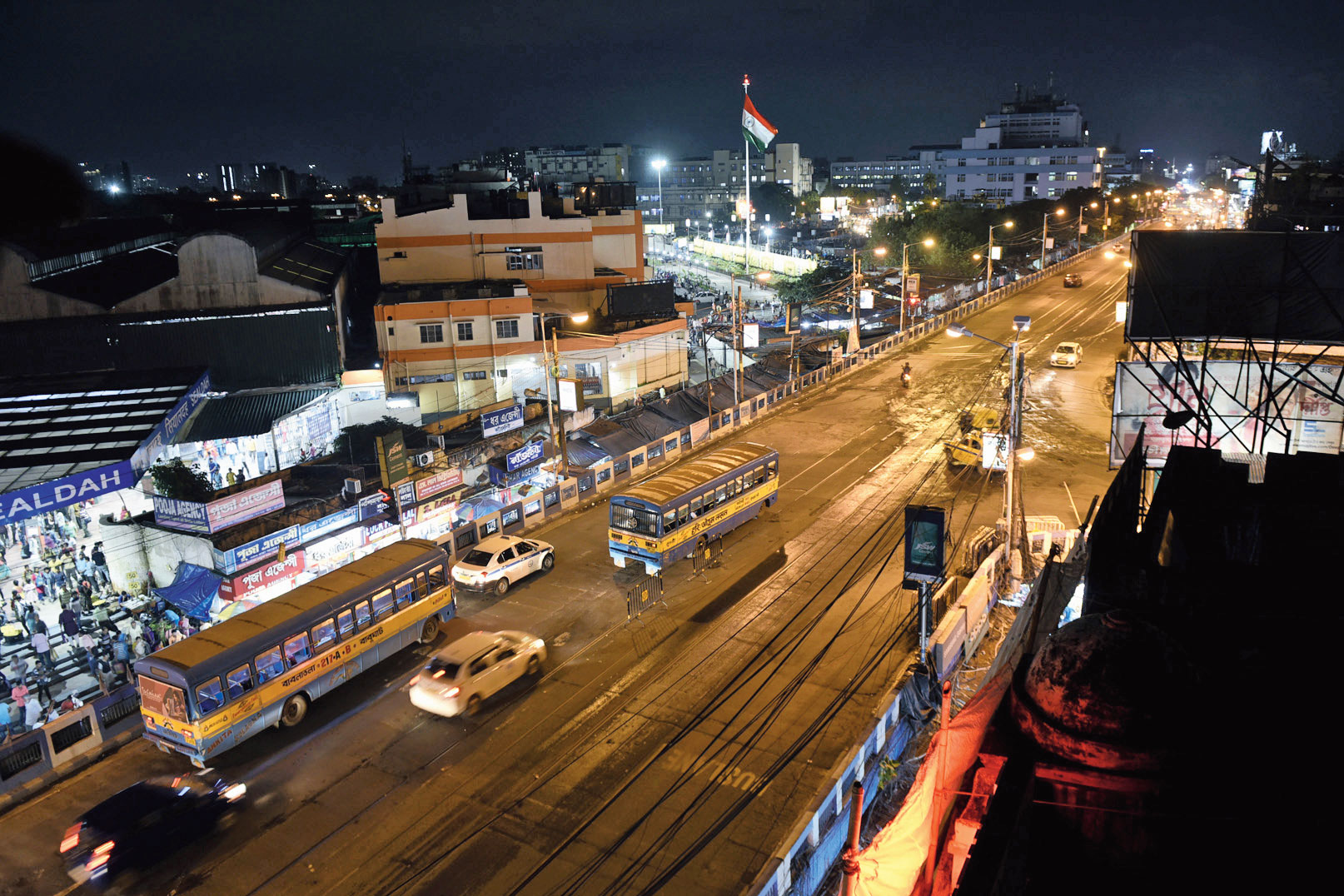 The Sealdah flyover after it was opened to traffic on Sunday evening.
Picture by Sanat Kr Sinha
Our Special Correspondent   |   Calcutta   |   Published 18.08.19, 08:38 PM

The Sealdah flyover was reopened to traffic on Sunday evening after four days.

Traffic was barred on the flyover since 6pm on Thursday for a safety audit. The flyover could be shut down again for repairs but the dates are yet to be fixed, engineers said.

Inspection of the flyover’s structure had begun on Thursday evening. Load-bearing tests were also carried out.

Asked whether the flyover would have to be closed again for repairs, the engineer said: “If that is required, then that has to be done.”

An engineering consulting agency mounted loaded trucks of capacity ranging from 25 tonnes to 75 tonnes on the flyover from Thursday afternoon to Sunday afternoon, the engineer said.

Officials from the agency mapped the load-bearing capacity of the iron rods in the concrete structure using various gadgets.

During this time, the stretch on the flyover between the MG Road intersection and the Beleghata Main Road remained off limits to cars and two-wheelers.

“Traffic had increased manifold on MG Road, Amherst Street and BB Ganguly Street because of the diversion. Those travelling from north Calcutta to reach Sealdah had to go via Koley Market. We are relieved that the pressure would be eased now,” a traffic sergeant said.

Office rush will resume on Monday and the bridge had to be reopened before that, he said.