Advertisement
Home / West-bengal / Rush, tourism fair is on to take you places

Rush, tourism fair is on to take you places 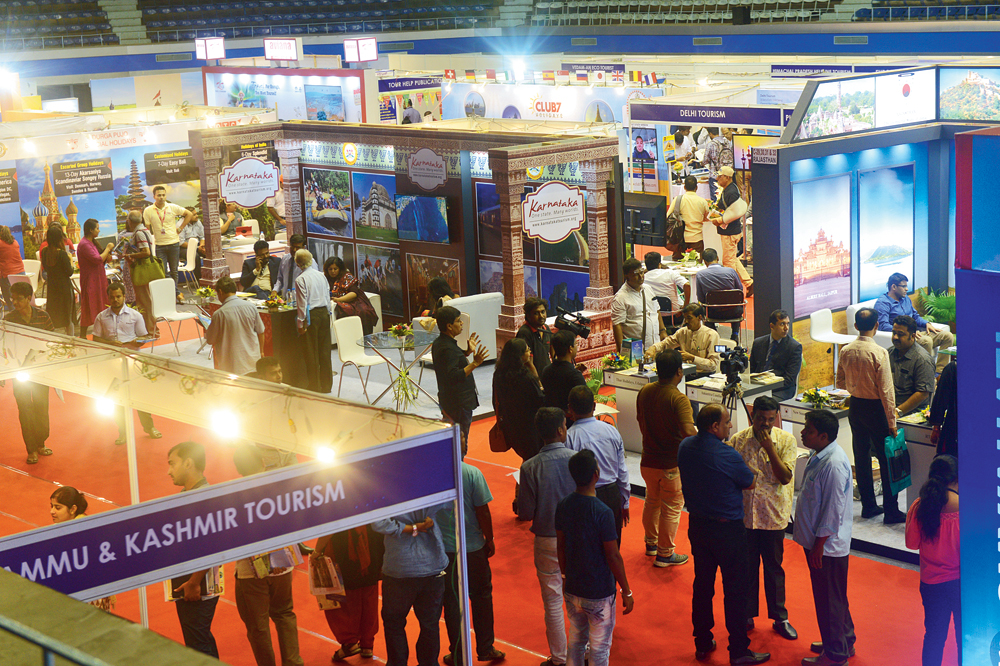 Visitors to Anandabazar Tourist Spot at the Netaji Indoor Stadium on Friday
Picture by Bishwarup Dutta
Our Special Correspondent   |   Calcutta   |   Published 29.06.19, 08:35 AM

A family from VIP Road wants to spend their Puja vacation at an offbeat destination in north Bengal, while a couple from Bhowanipore are eyeing destinations in Europe.

Eastern India’s biggest tourism festival, which started at the Netaji Indoor Stadium on Friday, brought the two families on the same platform.

Anandabazar Tourist Spot, in its 11th edition, has brought under one roof officials from the Union tourism ministry and state tourism boards, big and small tour operators and hoteliers from all over India.

The fair, on till Sunday, has been pitched as a single-window system for travellers with spot booking options that takes care of travel, stay and all other logistics.

Bhanwar Lal, director of the tourism department of Rajasthan, one of the success stories of Indian tourism, was one of the guests on the inaugural day.

Lal spoke how his state was drafting a tourism policy with inputs from all stakeholders to further strengthen private investment in the sector.

“We also want to aggressively promote our rich intangible heritage — rural lives of craftsmen and folk singers. These families have been engaged in traditional arts for centuries. But their newer generations are often shifting to other professions and looking for greener pastures in the cities. We want to preserve their culture and showcase it to the rest of the world,” Lal said on the sidelines of the festival.

The state received 1.75 million international tourists in 2018, he said.

The tiger reserve in Mukundra hills — one of the three habitats for big cats in Rajasthan, the others being Ranthambhore and Sariska — is slowly making a mark in the state’s tourist map, Lal told The Telegraph.

S. Asker Ali, the director of tourism in Lakshadweep, said the Union Territory had got permission from the Centre to build Maldives-style water villas. Lakshadweep, a cluster of 36 islands, is known for its exotic and sun-kissed beaches and lush green landscape. It is also known as India’s coral paradise.

“Given the sensitive nature of our islands, the process to get the nod for building the water villas was a long one,” he said. The construction, he said, would not harm the vast marine life and the ecological balance.

The nod came from the Union ministry of environment after a detailed study of the proposed project by the National Centre for Sustainable Coastal Management in Chennai. The villas will come up on three islands — Minicoy, Kadmat and Suheli. “The third is an uninhabited island,” Ali said.

The construction will be complete by 2020, he said.

“But we cannot have too many visitors because the islands have limited carrying capacity. We want low-volume but high-value visitors,” he told The Telegraph.

Sagnik Chowdhury, the deputy director general (east) of the Union ministry of tourism, was among those present at the venue on day one. He said the Centre was keen on developing the beach tourism circuit in Bengal, spanning Digha, Mandarmani, Shankarpur and Tajpur in Midnapore East and Bakkhali, Fraserganj and Henry Island in South 24-Parganas.

“Incentives to private investors was the key to improving the tourism infrastructure,” he added.