A bar and over 20 shops housed in the building will continue to function, a senior official of the corporation said 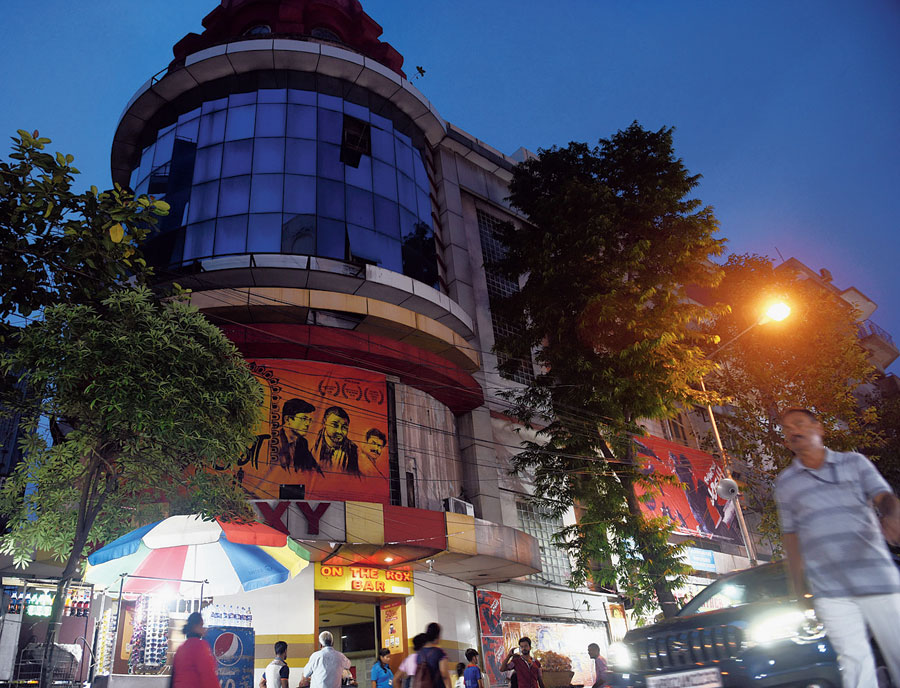 Roxy cinema was on Thursday handed over to the Calcutta Municipal Corporation, which plans to convert the theatre into an office.

A bar and over 20 shops housed in the building will continue to function, a senior official of the corporation said.

The civic body had given the space on a 99-year lease to Bengal Properties Private Limited, the official said. The lease expired in 2005.

The land assessment collector will hear all the shop owners and the bar owner and till such time that an order is passed, the shops and the bar will continue to run, the official said.

Roxy is listed as Grade IIA on the corporation’s list of heritage buildings. The building is important both for its architectural characteristic and art deco style as well as its social and cultural value, art historians and architects said. It finds mention in literature on the modern architectural history of India.

A teacher of history of art and architecture said Roxy cinema was earlier an opera house, called Empire Theatre, where Uday Shankar and his troupe had performed.

Former mayor Sovan Chatterjee had planned to demolish the building, terming its architectural value “bogus”. The comments had sparked outrage among heritage enthusiasts in the city. The heritage tag means that only “horizontal expansion” of the building would be allowed, while keeping the structure intact.

Chatterjee allegedly wanted to downgrade the building to allow its demolition.

“We took possession of the space on Thursday evening after the lesse handed over the keys to us,” a corporation official said. “The lesse vacated the space following an order from the First Land Acquisition Collector of Calcutta, which was passed month.”

The lease-holders were not ready to pay the renewal amount, the official said.

The civic body had temporarily shut down the theatre in 2011 when the owners of Roxy failed to pay the dues. The hall was reopened after they approached the high court, which asked them to clear the dues and the corporation to allow the theatre to reopen.