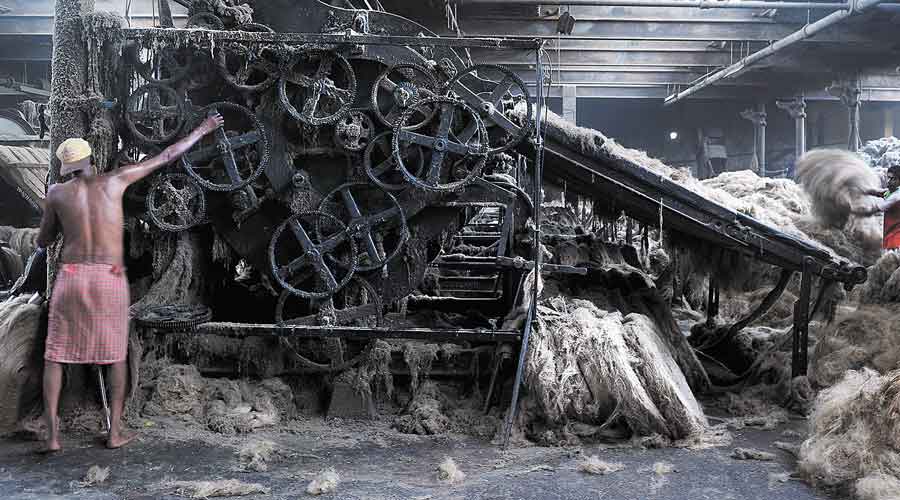 Around 4,000 workers attached to Reliance Jute Mills at Bhatpara in North 24-Parganas became jobless as mill authorities suspended production “indefinitely” from Monday after the workers’ union did not allow employers to “downsize” the workforce.

Set up in 1906,  Reliance Jute is one of the oldest such mills in the country. It has no association with the Reliance groups of the Ambanis.

The sudden notice angered workers who blocked the Kanchrapara-Barrackpore Road (Ghoshpara Road) for about an hour on Monday morning, dispersing only after police assured them that they would take up the issue with the district administration.

The Reliance mill management said it had tried to implement the decision of a tripartite agreement adopted on July 14 last year on “production and manning pattern” but this angered workers. “When the management was trying to implement experimentally the new manning pattern (deployment of workers) in two departments, the workers resisted,” said a source in the mill.

“The unions are aware that workers of selection, drawing, winding, beaming, finishing, and sack sewing departments are not performing their duties satisfactorily, and efficiency in those departments has dropped abnormally, escalating cost of production beyond sustainable level. Union members were informed about it in many meetings, including the one on November 29...,” claimed a senior official of the mill management.

“The management did not cite any specific reason. For the last few days, it has been trying to downsize the workforce. Last evening (Sunday) the workers were told that they would be paid only for specific work and we agreed. But the management decided to suspend work without discussing with us,” said INTTUC leader Rajesh Paswan.

A worker said the agreement to review workforce and manning norms was signed last year when there was no Covid situation. The management eventually decided to implement it at a time workers are struggling for survival.