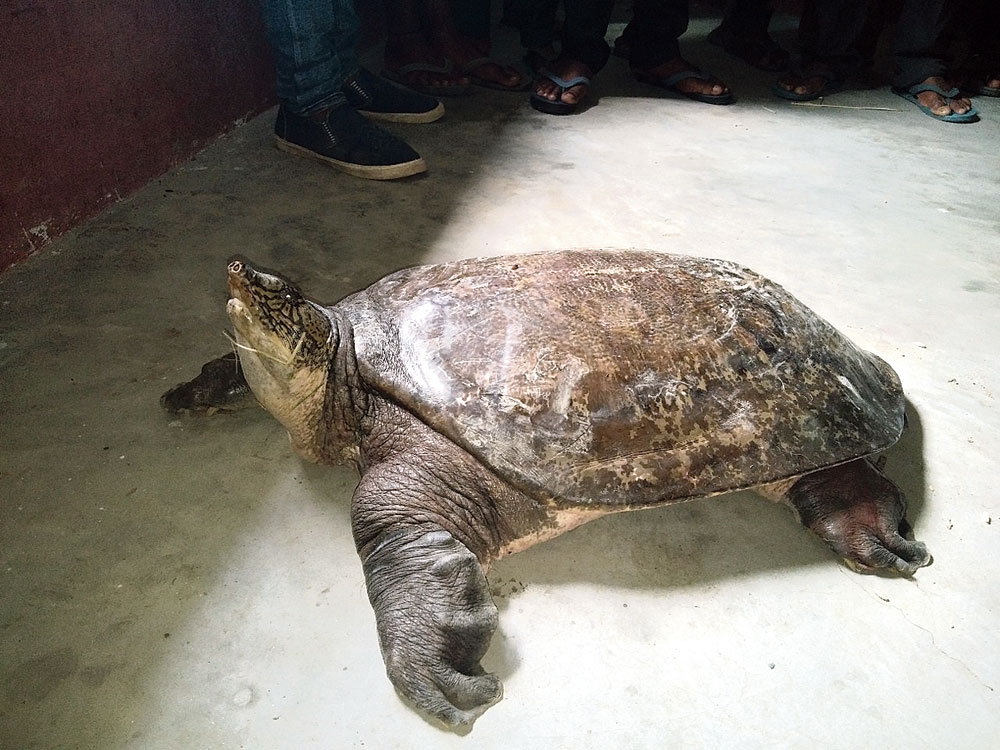 The Cooch Behar administration has sought the approval of the state election commission to use the black soft shell turtle as the election mascot in the district in order to spread awareness of the endangered amniotes which are found in Bengal only in a pond at Baneswar temple.

Kaushik Saha, the district magistrate of Cooch Behar, said his office had written to the poll panel, and once its approval was given, the black soft shell turtle would be officially declared as the district election mascot.

“The idea is to spread awareness of this rare species of turtles in order to save them from being extinct,” said Saha, who is also the district election officer.

Black soft shell turtle was declared as “Extinct in the Wild” by International Union for Conservation of Nature (IUCN) in 2002. In India, they are considered to be critically endangered and are listed in Schedule I of the Wildlife Protection Act.

During the last Lok Sabha elections in 2014, the Election Commission had chosen the red panda as its mascot in Darjeeling district in order to spread awareness of the endangered Himalayan animal and also promote the message of free and fair elections.

The Cooch Behar Panchanan Barma University, too, has decided to do its bit for the conservation of the black soft shell turtle as part of its social and environmental responsibility programme. “A team of students, scholars and teachers of the university’s zoology department accompanied by forest and veterinary officials will be visiting Baneswar Temple on March 26 to carry out a study on the turtles,” said Debkumar Mukhopadhyay, vice-chancellor of the varsity.

Baneswar is 15km from here.

The main objectives of the mission is to investigate the present ecological condition of the nesting area of turtles, facilitate suitable breeding area for turtles in collaboration with the forest department and district veterinary division, release the hatchlings in the wild, which is actual home of the amniotes and take steps to protect the turtles in the temple pond.

The team will also spread awareness among the local communities so that the pond and the surrounding areas are kept clean at all times and place free from vehicular and noise pollution.

“The university is positive that all the government agencies, particularly the forest department, will co-operate with us in order to help us achieve our goal relating to this conservation project,” said vice-chancellor.