Rainfall to continue till Wednesday in South Bengal, predicts IMD 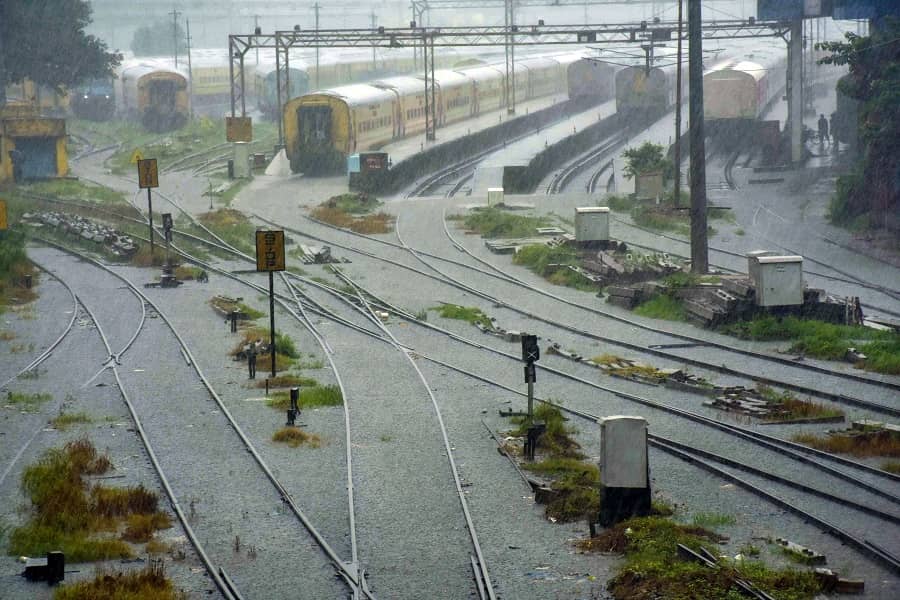 The Met department on Tuesday predicted more rainfall in south Bengal even as several low-lying localities and streets in the metropolis and its adjoining areas lay submerged on the account of the previous day's record downpour.

The weatherman noted that thunderstorms with lightning, along with heavy rain, may lash all districts of south Bengal till Wednesday morning, with coastal South 24 Parganas, Purba Medinipur and its neighbouring Paschim Medinipur likely to receive heavier downpour.

The low-pressure area that has formed over the southern parts of Gangetic West Bengal and adjoining Odisha with the associated cyclonic circulation extending up to 5.8 km above mean sea level still persists, tilting south-westwards, the IMD stated.

Kolkata had logged 142 mm rainfall in 24 hours till 8.30 am on Monday, the highest in a day in September since 2007, according to the Met department. 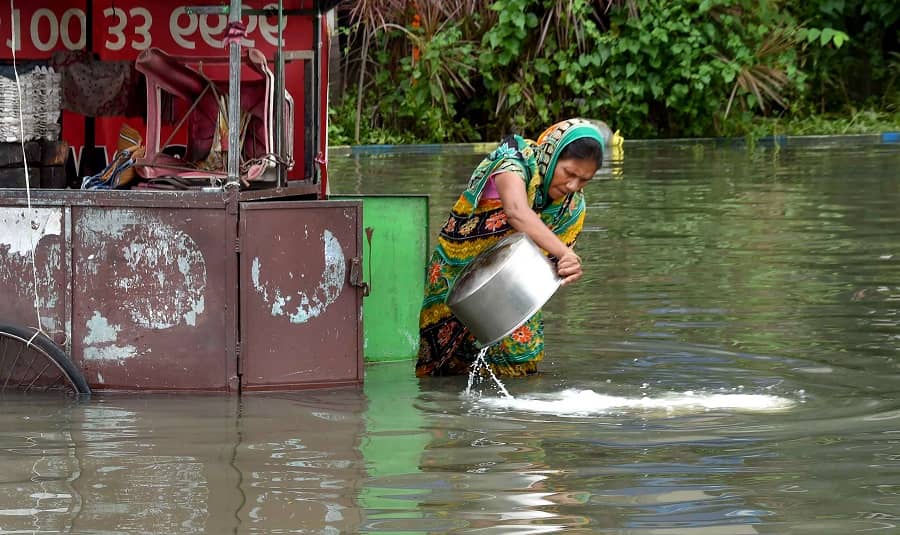 A woman throws milk on a waterlogged road from her tea stall after heavy rains in Kolkata on Tuesday.
PTI

Waterlogging caused by torrential rain for several hours since early Monday in the metropolis and surrounding localities, including Salt Lake and New Town, threw life out of gear, as people remained stuck at home and those outside experienced a hard time to reach their destinations.

Similar scenes were witnessed in Sonarpur, Baruipur, Medinipur and Haldia.

Sagar Island on the Bay of Bengal coast recorded West Bengal's maximum rainfall in 24 hours till Tuesday morning at 212.8 mm, while Kolkata, which received light to moderate showers, registered 60.6 mm.

Other places which received heavy rain are Canning at 115 mm, Diamond Harbour at 105 mm and Barrackpore at 102 mm, it added.