Old farmer beaten up, thrown out by family in Bengal's Nadia

The 81-year-old farmer had distributed his land; was beaten up for his house 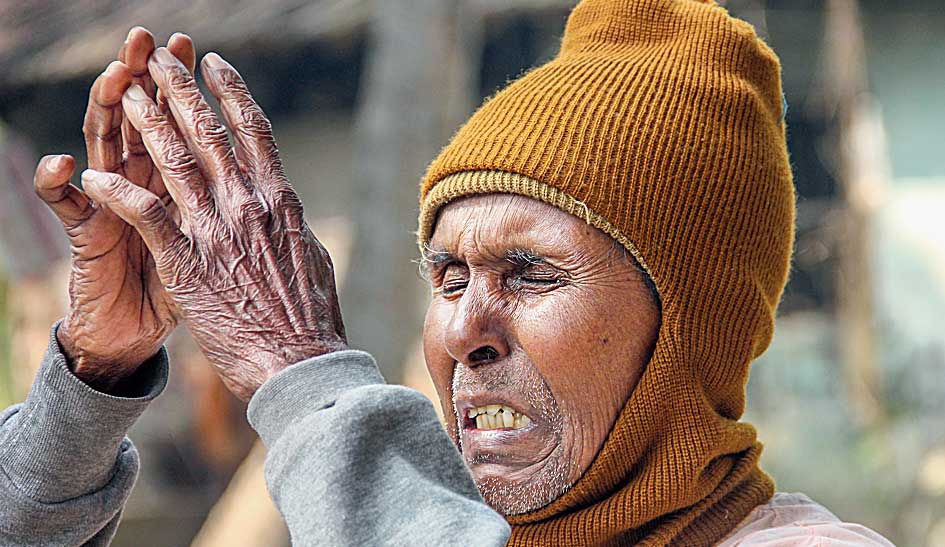 An 81-year-old farmer in Nadia was allegedly beaten up by his wife, son and daughter-in-law and thrown out of his home after he did not agree to make a gift deed to hand over his two-storied house in their favour.

Dulal Chandra Biswas had earlier distributed his 20-bigha land among them.

The resident of Arbandi village in Santipur has alleged that the trio also tried to strangle him to death on December 23. He was rescued in an unconscious state by his married daughter, who lives in the neighbourhood and since then he could not enter his house following threats by the trio.

On Wednesday Biswas lodged a complaint against his wife Sabita, son Uttam and daughter-in-law Jharna with the police and the sub-divisional officer of Ranaghat, Manish Verma.

Biswas broke down on Thursday while speaking to this correspondent. “I wanted to stay in peace at my home for the remaining days of my life. But I they tried to kill me and drove me out of the house.”

Residents said that Biswas last year distributed his 20 bigha land among his wife, three daughters, and grandchildren through gift deeds. But his wife Sabita and son Uttam, a farmer, started insisting on the house.

Biswas said: “I decided to keep my house with me. They will naturally inherit the property after my death. Butthey apprehended that I could give the house to my daughters.”

Biswas said that on December 23 his wife threatened him to implicate him in a case of domestic violence.

“Later that day she with my son and daughter-in-law tried to strangle me with my muffler. They left me when I fell unconscious. My second daughter Sova, who stays in the neighbourhood rescued me and took me to her home.”

Both Sabita and her son Uttam denied the charges. “No one has ever beaten him up. He disappeared from home without informing us. I have not seen him for over a week,” said Sabita. She went inside her home when asked why she did not lodge a missing complaint.