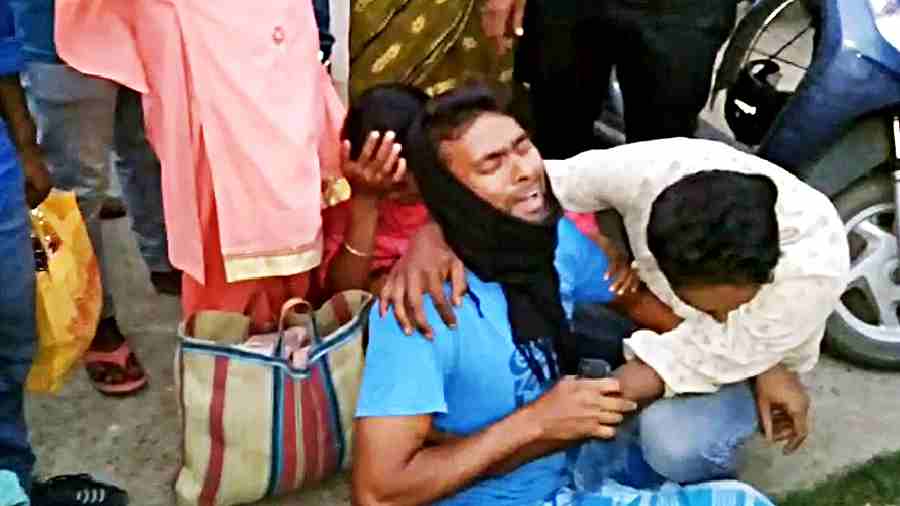 A six-year-old boy died on being hit by the car of Trinamul MP Abu Taher at Murshidabad’s Nowda on Wednesday afternoon.

Hasim Sarkar succumbed to injuries after being treated at Murshidabad Medical College for nearly four hours.

The injured child was reportedly rushed to the hospital in the MP’s vehicle moments after the accident occurred in the market area at Piprekhali village on the Behrampore-Amtala road.

“I was seated in the front passenger seat and so saw everything that happened. The driver did not get a moment to respond (and avert the accident),” said Taher, who reportedly rushed out of the car and carried the child in his vehicle to the hospital.

Nowda police seized the SUV and arrested Taher’s driver against whom a case has been started.

Eyewitnesses in the busy market area said the child was flung to the roadside upon impact and began bleeding from the head.

According to officials at a nearby bank branch, the little boy had come to the bank with his mother, who had come to deposit some cash on behalf of the self-help group that she works for.

“It seems that the child had slipped out of the bank without the mother’s knowledge and had gone to the market. The mother came to know about the incident only after the boy had been taken to hospital,” an eyewitness said later.

Hasim, a Class I student, was a resident of Gangadharivillage, which is 5km fromPiprekhali.

“Police have started a case and an investigation in this connection. The driver has been arrested,” said district police superintendent K. Sabari Rajkumar.

“Just because it is an MP’s car, does it mean they can drive howsoever they want?” asked a distraught HamidulSarkar, Hasim’s father.