A senior official of the Northeast Frontier Railway said on Wednesday that an elevator and an escalator would be installed at the New Jalpaiguri station by January next year. 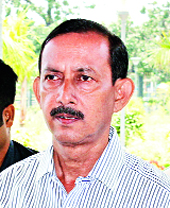 A senior official of the Northeast Frontier Railway said on Wednesday that an elevator and an escalator would be installed at the New Jalpaiguri station by January next year.

"The lift will be for senior citizens and the physically-challenged persons. Tender process for the elevator and the escalator has already started and we intend to install both by January next year," Uma Shankar Singh Yadav, the Katihar divisional railway manager of the NFR, told the media.

The NJP already has an escalator.

"Solar panels, which can generate around 50KW of power, will also be fitted at the NJP to reduce our power cost. Solar panels with a capacity of around 10KW have already been in use at five other stations under Katihar division of the NFR," he added.

According to sources in the NFR, around 7.48 crore people travelled though the NJP in the past two fiscals. During this period, the railways have earned around Rs 814.77 crore through passenger ticket sale.

"The number of passengers is on the rise at the NJP. That is why additional infrastructure has been planned for the station," said a source.

The DRM said the electrification of tracks between Barauni and Guwahati was in progress and would finish in another two years.

Speaking on the Darjeeling Himalayan Railway, Yadav said the Unesco had been paid Rs 4 crore for preparing the Comprehensive Conservation & Management Plan (CCMP) of the heritage property.

"Our basic objective is to preserve the DHR, which is a Unesco heritage. We spend around Rs 10 crore a year for its maintenance and last year, we could earn around Rs 5 crore from the DHR," he said.

"A team from the Unesco has visited the hills in April. They are preparing the CCMP, which, we believe, will finish in two years. Once the plan is ready, the railways will work according to it for conservation and maintenance of the heritage railway," he added.

He, however, expressed disappointment over the state government's silence over helping the railways clear around 10,000 encroachers at three stations, including NJP.