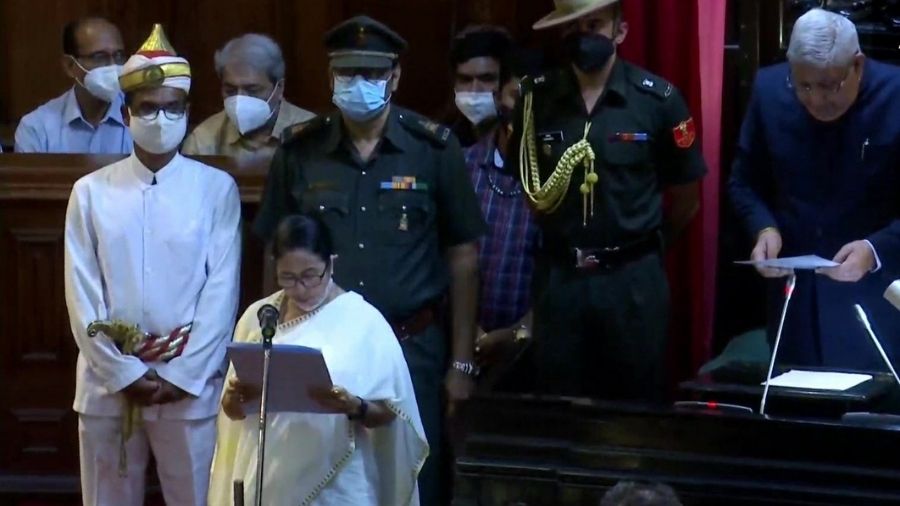 Bengal Chief Minister Mamata Banerjee was on Thursday administered the oath as a member of the state assembly by Governor Jagdeep Dhankhar.

Mamata, who won the Bhowanipore by-poll by a margin of 58,835 votes, a record for the seat, took the oath in Bengali.

She needed to win the election to retain the chief minister's chair after her defeat at the hands of protege-turned-rival BJP's Suvendu Adhikari in the March-April assembly elections.

Jakir Hossain was declared victorious by a huge margin of 92,480 votes from Jangipur, Amirul Islam won from Samserganj by 26,379 votes.

Dhankhar had on Tuesday said he will administer the oath to Mamata and others, in a departure from the practice of the governor authorising the speaker of the assembly to conduct the exercise.