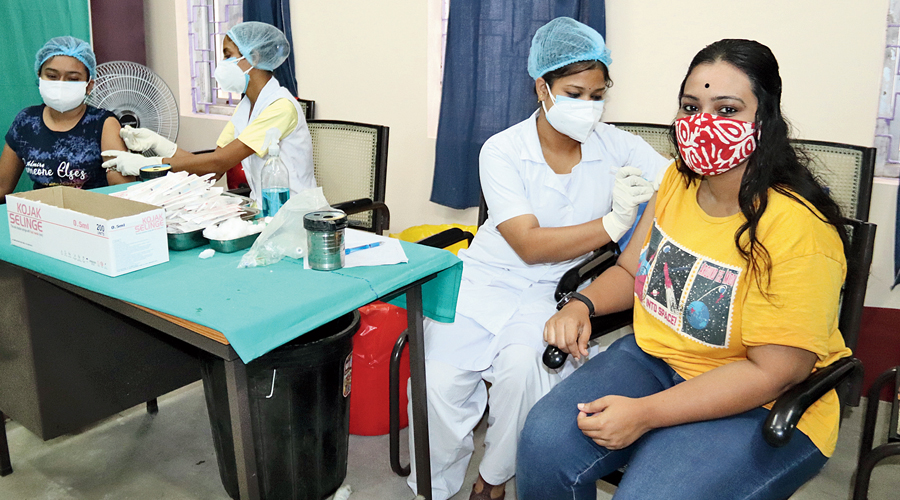 Mamata Banerjee on Friday wrote to Prime Minister Narendra Modi, requesting him to allocate 550 tonnes of medical oxygen daily for Bengal as requirement had gone up rapidly over the past few days because of a surge in Covid-19 cases.

“In my earlier letter dated 05.05.2021, I had mentioned that the consumption of MO is increasing rapidly due to an increase in Covid positive cases in the State. It has gone up to 470 MT per day in the last 24 hours and is expected to increase to 550 MT per day in the next 7-8 days,” wrote the chief minister.

Sources said the state had realised that the requirement of oxygen would go up as Bengal had been witnessing a steady growth of Covid cases since the third week April.

State chief secretary Alapan Bandyopadhyay had taken up the issue with the Centre at that time, pointing out that Bengal might require more oxygen in the coming days and pleaded for more oxygen.

“Till the last week of April, the requirement of medical oxygen was around 230 tonnes per day. As several other states required more oxygen, the Centre had allotted a large portion of the medical oxygen produced in Bengal to those states. The chief secretary had said at that time that the Centre should ensure that Bengal did not face a crisis of oxygen during its requirement,” said a source.

The chief minister mentioned in her letter that despite requests from the state, the Centre did not increase the allotment of medical oxygen for Bengal.

“However, instead of allocating the same as per the requirement of West Bengal, Government of India has increased allocation of MO to other states, from the total production in West Bengal, during the last 10 days from 230 MT to 360 MT, keeping the allocation for West Bengal constant at 308 MT per day...,” read the letter.

Sources in the state administration said a total of 560 tonnes of medical oxygen were needed in Bengal every day.

“There was nothing wrong to allot oxygen to other states when demand in Bengal was low. But when our state is requiring more oxygen, it is natural that we would demand that oxygen produced in Bengal cater for the patients here first,” said the source.

“Considering the critical situation, I would request you to kindly have the allocation of MO reviewed and instructions issued for an immediate allocation of at least 550 MT per day of MO preferably out of the total produced MO in West Bengal,” Mamata wrote.

She also expressed concern as the Centre was not increasing allotment despite several requests.

On Friday night, Union health minister Harsh Vardhan tweeted a four-page letter he wrote to Mamata. The letter outlines a series of measures through which the Centre has helped the state.