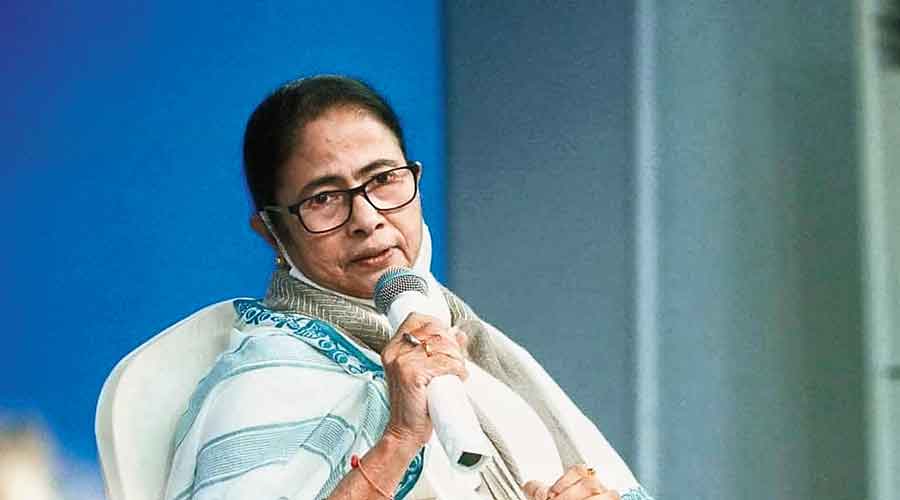 Chief minister Mamata Banerjee on Wednesday accused the Narendra Modi government of failing to arrest the erosion of the Ganga in Malda and Murshidabad districts and asked why the “calamity” had not been addressed by the “Namami Gange” project that was launched by the Centre with much fanfare.

While Mamata was holding an administrative review meeting of Malda district here, she appeared offended over the Centre’s alleged lackadaisical attitude towards the erosion issue as one MLA after another sought her intervention, referring to the havoc caused by the Ganga in their Assembly constituencies.

“Erosion is the prime problem in Malda and Murshidabad districts. The state government can do little to curb this calamity. This has to be addressed by the central government but they are not taking necessary measures. The central government has launched the ‘Namami Gange’ project. Why can’t they include erosion in it?” asked Mamata.

She instructed chief secretary H.K. Dwivedi to take up the matter with the Centre.

“If required, send the state irrigation secretary (to Delhi). He can take up the issue with the officials concerned there,” the chief minister said.

In Malda and Murshidabad, acres of land, houses, religious places and educational institutions are gobbled up by the Ganga every year. This year, too, the problem was acute in areas like Baishnabnagar and hundreds became homeless and landless.

Mamata asked officials and elected representatives to see that people did not settle in large numbers in erosion-prone areas.

“We cannot control the flow of the Ganga. We have to explore alternative options to ensure that the loss is minimal. People should be stopped from settling on the banks of the river and if required, they can be shifted to other places where land is available,” said Mamata.

The chief minister also said the process of lengthening the runway of Malda airport by another 1,000 metres had already started.

“Once the runway is ready, large airplanes can land here. We want to make the airport operational under the regional connectivity scheme so that the travel time between

Malda and Calcutta comes down to 30 minutes. This can largely benefit the people here,” she said.

Mamata asked the chief secretary and district administrative officials to explore the opportunity of introducing regular flights from Malda.

“We have already developed the airports in South Dinajpur and Cooch Behar. Malda airport should be developed now,” she said.

The Malda airport had been built on 144 acres of land in 1962, initially for cargo flights. The Vayudoot service was launched in the 1980s but did not last for long. At present, the airport is used only for helicopter service for VIPs.

“Once the airport is made functional, flights with 80 to 90 seats can land here,” Malda district magistrate Rajarshi Mitra said.

During the meeting, the chief minister also took stock of law and order in Malda, a district that shares borders with neighbouring country Bangladesh and states Bihar and Jharkhand.

“We are posting a subdivisional police officer in Kaliachak. All of you should be on alert because the district shares borders with Bangladesh and some neighbouring states,” she told police officers.