Lockers in state-funded schools to take load off bags 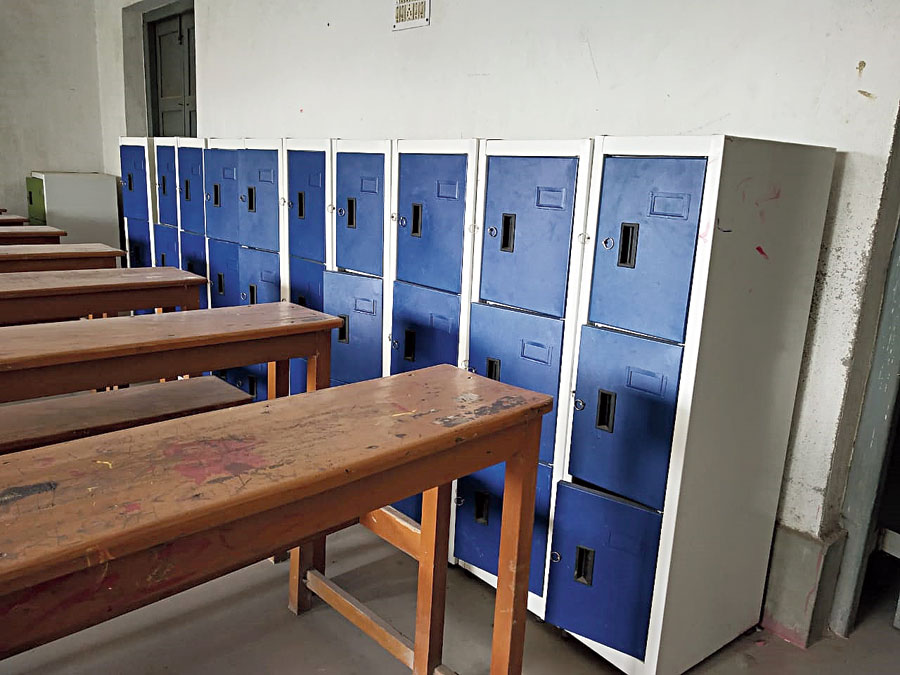 State-run schools have started installing lockers for students of Nursery to Class XII to lighten the burden of school bags.

Students can leave their text books and exercise books in their lockers from the new academic session that started this month.

They can take home only those books that they would need to study for the next day, a teacher of a government-run school said.

Class teachers of Nursery to Class V will initially guide the students on which books to carry home. From Class VI onwards, students will have to select the books on their own, the teacher said.

“The concept is new and students are not yet familiar with it. The class teachers will guide the junior students so that they don’t leave behind books that they would need to study at home,” said Papia Nag, the headmistress of Sakhawat Memorial Government Girls’ High School on Lord Sinha Road.

The school now has nearly 1,200 lockers.

Hindu, Hare, Bethune and Ballygunge Government are some of the city schools where lockers have been installed.

The lockers have been set up in classrooms in some schools and in corridors in others.

Students of private as well as state-run schools are often required to carry heavy bags to class. Parents have complained about the load on several occasions.

On November 27, 2018, Metro had randomly weighed the school bags of children in classes II to X at eight private schools in Calcutta and found the brickload equivalent of the heaviest one to be two bricks.

A circular issued by the National Commission for Protection of Child Rights specified that the weight of a school bag should not be more than 10 per cent of the child’s weight.

The Centre had issued a directive to the state governments in 2018, restricting the weight of school bags and set a recommended limit for each class.

Acting on the circular, the Bengal government set up a committee to find ways to reduce the weight of school bags.

The panel found that students would not have to carry heavy bags if they had lockers in their schools, an official of the state school education department said.

Education minister Partha Chatterjee said the government was concerned about the health problems children were facing for carrying heavy bags.

School bags have become heavier over the past few years with the introduction of compulsory project work in every subject. “The lockers can also be used for keeping study materials and other items needed to prepare the practical files,” the headmaster of another state-run school in Calcutta said.

Efforts are on to arrange funds for state-aided schools to set up lockers.