Only trucks carrying essential items were allowed to enter Bhutan 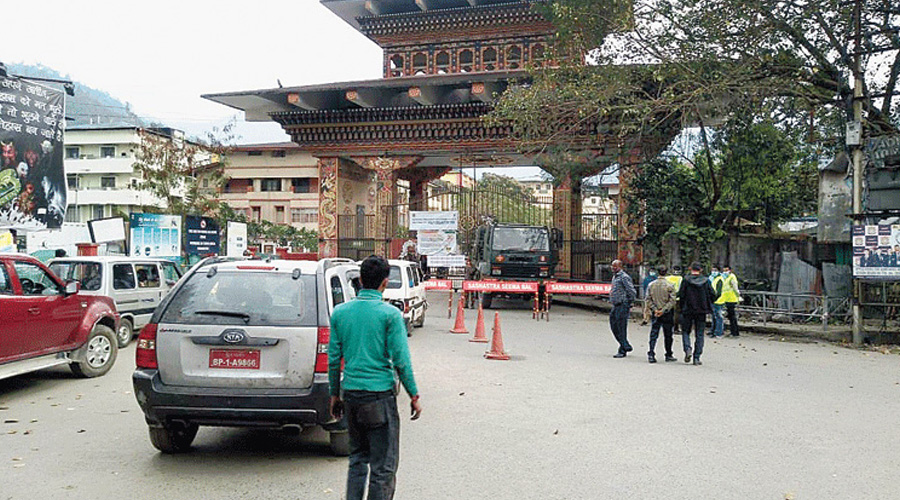 Commercial activities in Jaigaon, the town in Alipurduar district that sits on the Bhutan border, came to a grinding halt on Wednesday as a countrywide lockdown was announced in the Himalayan country for seven days following a sudden surge in Covid-19 cases.

“Trade in Jaigaon and in Alipurduar district as a whole has suffered a major setback because of the pandemic and the consequent lockdown. After the initial lockdown had been eased on either side of the border, things started becoming normal in the past couple of months. The second lockdown from today (Wednesday) would only add to our distress,” said Ramashankar Gupta, the general secretary of the Jaigaon Merchants’ Association.

According to the data available with different government agencies in India and Bhutan, goods worth over Rs 9,000 crore are traded between the countries every year and a significant portion of the bilateral business is done through Jaigaon.

Some other members of the local business fraternity said thousands of Bhutanese residents visited Jaigaon every day to make purchases.

“Even now, almost 60 per cent of the shops in Jaigaon are closed because of paucity of customers. Owners of the remaining 40 per cent are occasionally finding buyers. In such a situation, the new lockdown has come as a fresh setback,” said another trader, adding that there were over 1,500 shops in the town.

The traders of Jaigaon pointed out that every day around 4,000 workers entered Bhutan from India. They return in the evening and make purchases in Jaigaon. “These days, we are banking on these people. But for the next seven days, we will lose this business as well,” a retailer said.