We have to take to the streets and force them (the ruling Trinamul Congress) to leave: Bikash Bhattacharya 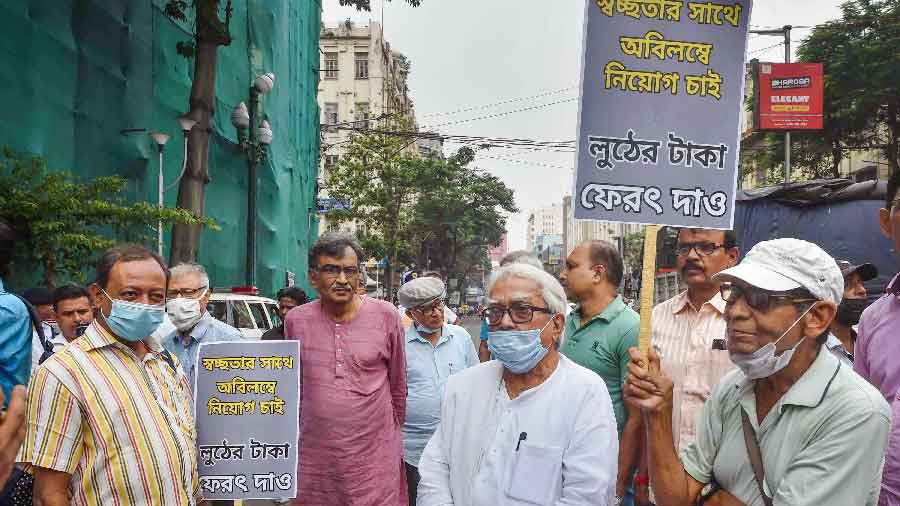 Leftist intellectuals and people from different professions held a rally in Kolkata on Monday protesting against alleged irregularities in the appointment of teaching and non-teaching staff in the West Bengal government-sponsored and aided schools.

The rally started from Esplanade and culminated in front of the Gandhi statue at Mayo Road, about one kilometre away, where aspirants demanding jobs for deserving candidates are holding a dharna.

CPM Rajya Sabha MP and senior advocate Bikash Bhattacharya, who represented petitioners before the Calcutta High Court that ordered a number of CBI investigations in connection with the state's School Service Commission (SSC) recruitment scam, participated in the rally.

"We have to take to the streets and force them (the ruling Trinamool Congress) to leave," Bhattacharya said.

He said that a report by the Justice (retd) Bag committee has endorsed the allegations of wrongdoing in the appointments of teaching and non-teaching staff by the West Bengal Board of Secondary Education on recommendations by the state's SSC.

Academicians Pabitra Sarkar, Rajat Bandopadhyay, lawyers, artists and people from different walks of life were among those who participated in the rally.

Bengal to get 7 new districts: Didi