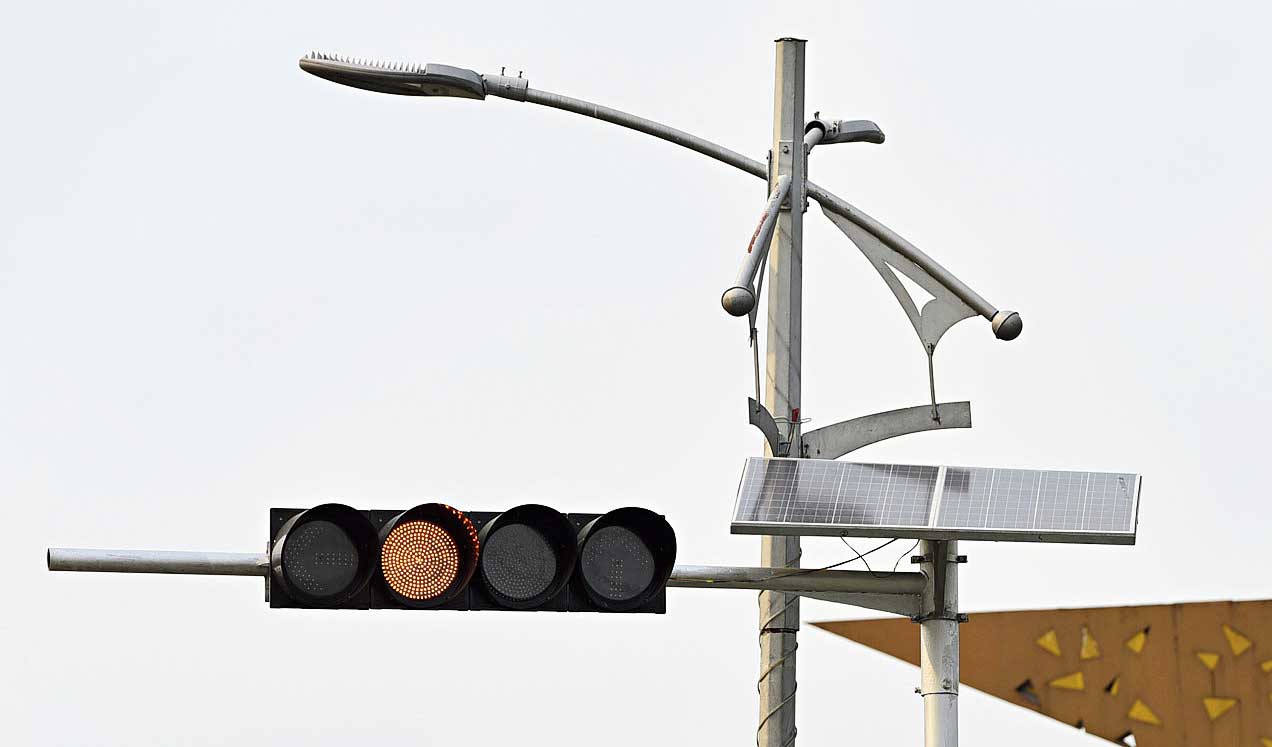 Solar-powered LED bulbs are being fitted at all major traffic signals in New Town.

Traffic signal posts have solar panels attached atop to power the bulbs that are brighter than conventional ones.

At present, New Town has 21 major traffic signals and work on installing solar panels on signal posts has started, a Hidco official said. Panels have been installed on signal posts at the Akankha crossing in Action Area II.

The lights at the crossing are operating on solar power, Debashis Sen, chairman and managing director of Hidco, said. The panels are weatherproof and an electric cable connects them to the control unit through an inverter and batteries. “The lights don’t depend on our existing power grid,” Sen said.

The panels can provide charge for at least a couple of days.

“Although the solar panels are weatherproof and the batteries are powerful we have kept a conventional backup power line as an alternative,” the official said.

The LED bulbs are not only 50 per cent brighter than conventional halogen bulbs, they are also energy efficient.

According to Hidco estimates, a conventional traffic signal with halogen lamps consumes 720 watts of electricity daily. In comparison, a signal with LED bulbs needs 240 watts daily.