A champion of women's rights, she was among the six members of the first all-women delegation of the 1889 Indian National Congress. 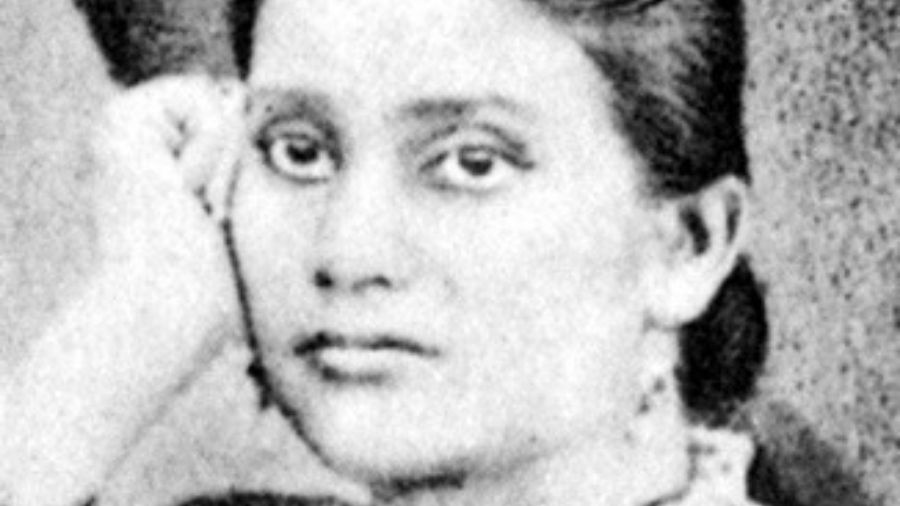 Tributes poured in for Kadambini Ganguly on Sunday as Google Doodle honoured the countrys first woman doctor with a special graphic on her 160th birth anniversary.

The doodle, a portrait of Ganguly with the image of the main building of Calcutta Medical College and Hospital in the background, has been designed by Bengaluru-based artist Oddrija, and it was widely shared across the country.

Today’s #GoogleDoodle celebrates the 160th birth anniversary of Doctor Kadambini Ganguly, who made history for her many firsts 👩‍⚕️🎓 pic.twitter.com/o3mW8BanCs

Politicians and common people from all walks of life hailed Ganguly as a champion of women's rights in India.

Along with Anandi Joshi, Ganguly became the first woman in colonial India to study medicine and earn a degree in 1886. While Joshi studied at Woman's Medical College of Pennsylvania in the US, Ganguly pursued western medicine at Calcutta Medical College (CMC).

Born in a Brahmo family on July 18, 1861, Ganguly, along with Chandramukhi Basu, became the first female graduates in India, from Bethune College in Calcutta.

After her marriage with Brahmo reformer Dwarkanath Ganguly, the couple battled CMCs prohibition on women studying there, and Kadambini joined the medical college on June 23, 1883 despite strong criticism from the colonial society.

She was awarded the Graduate of Medical College of Bengal (GMCB) degree in 1886, which even attracted the attention of Florence Nightingale who enquired about Ganguly from a friend in a letter in 1888. Ganguly later studied in Britain.

A champion of women's rights, Ganguly was among the six members of the first all-women delegation of the 1889 Indian National Congress.

After her husband's death in 1898, she practiced medicine in Kolkata till her death in 1923.

Sharing her photograph, Congress tweeted: "Today we honour Kadambini Ganguly for inspiring generation of Indians to aspire for greatness. She was not only one of the first female graduates from India but also among the first women to practice western medicine in all of South Asia."

Kadambini Ganguly was the first woman in the entire South Asia to become a practitioner of western medicine. As an INC leader, she spearheaded many movements during partition of Bengal pic.twitter.com/QflGBlcjbe

"Remembering #KadambiniGanguly ji on her birth anniversary. In a male-dominated society, Kadambini Ganguly fought all restrictions & prejudices to study medicine. She actively campaigned for the emancipation of women and their admission into academic institutions," National Commission for Women chairperson Rekha Sharma said in a Twitter post.

Politicians cutting across party lines paid tributes to Ganguly on the occasion.

Rajasthan Chief Minister Ashok Gehlot tweeted: "Tributes to #KadambiniGanguly, one of the first two female physicians from India on her birth anniversary. She studied medicine in 1883, trained in Scotland & established medical practice in India. Her contribution to women emancipation shall always be remembered."

"Pay my humble tribute to #KadambiniGanguly, one of the first two female graduates during British ruled India, and the first female physician in India and South Asia. Her struggle and fight in true sense, inspires Indian and Bengali women," Bengal BJP chief Dilip Ghosh said in a Twitter post.