Sources at the medical college said friends and juniors of Sk Mubarak Hossain, 23, had heard a sound of something hitting the ground around 2.30am on Wednesday 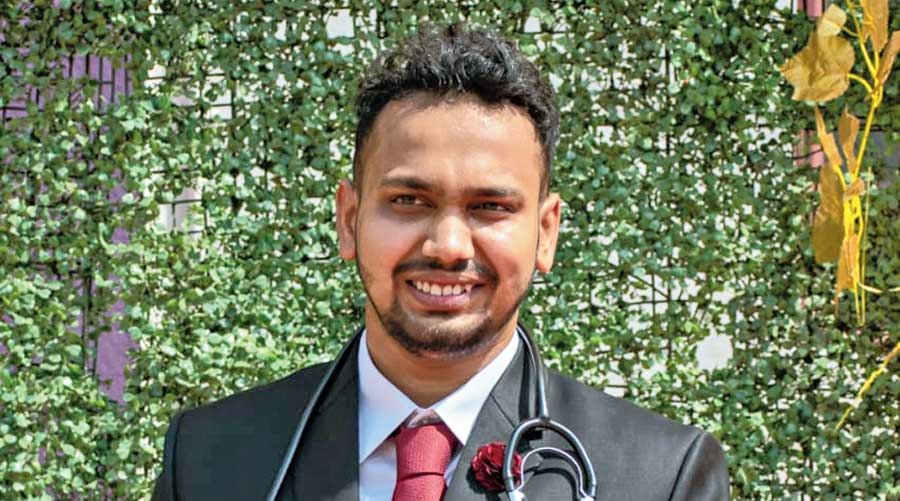 A junior doctor at Burdwan Medical College and Hospital was found lying in a pool of blood early on Wednesday on the ground behind his hostel by friends, who rushed him to the hospital where he died within a couple of hours.

Sources at the medical college said friends and juniors of Sk Mubarak Hossain, 23, had heard a sound of something hitting the ground around 2.30am on Wednesday. Soon, they discovered the junior doctor lying in a pool of blood with serious head injuries behind the hostel on the campus.

“We tried our best to save the junior doctor, but unfortunately he died. Now, it is the job of police to look into the incident,” said Suhrita Paul, the principal of Burdwan Medical College and Hospital.

A senior police officer in Burdwan said: “We have started a case of unnatural death. We will probe all aspects to find out whether there was any foul play. We can tentatively say the death was the result of falling down from a great height.”

Family members of Hossain said they spotted a large cut mark behind his head and suspected that he had been killed. Hossain was a resident of Nadanghat in East Burdwan, where his father is a small-scale trader.

“We were informed that he was in a serious condition and found him dead on the hospital bed when we arrived. Many of his friends claimed that he might have jumped from the hostel to commit suicide. But we don’t think he was in a state to commit suicide. We suspect it to be a murder case and we will soon lodge a complaint with police,” said Sk. Safiqul Hossain, maternal uncle of the junior doctor.

“My nephew had a problem in his relationship with a girl but that can’t be the reason for the death as that chapter of his life was over,” Safiqul added.

Several leaders of Trinamul’s student wing reached the hospital as Mubarak was reportedly associated with the union as magazine secretary.

“He was a doctor and his death is an unfortunate one. We demand an impartial investigation to find out the cause,” said Mohammed Saddam Hussain, the Trinamul Chhatra Parishad president in East Burdwan.