I-PAC back in action after a hiatus

TMC leaderships have once again been receiving inputs from I-PAC, with one point-person on behalf of Kishor’s platform deployed for each organisational district 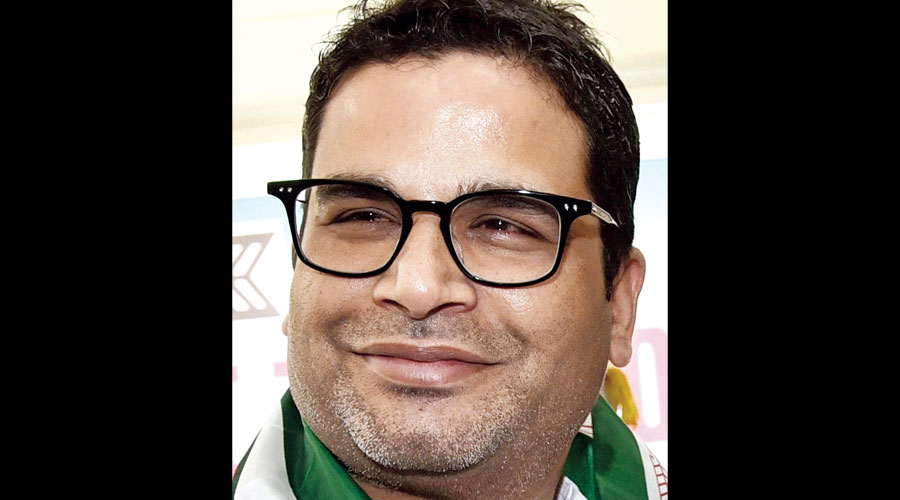 Poll consultant Prashant Kishor’s Indian Political Action Committee (I-PAC) has started showing signs of reawakening from weeks of dormancy in Bengal, which suggests that it isn’t being shown the door by Mamata Banerjee right away, although the form and scope of its association with her party would be substantially reworked.

For the past few days, Trinamul Congress leaderships in districts have once again been receiving inputs from I-PAC, with one point-person on behalf of Kishor’s platform deployed for each organisational district in Bengal.

The leadership in the respective district has been informed by I-PAC of its commitment to establishing regular communication from the party to local journalists in the districts, better dissemination of Trinamul-related information across the districts, and the role to be played by the party’s key functionaries in the process.

“These are indications that Team PK is not being asked to leave right now, which was the general impression after the relationship between the party and I-PAC soured in the wake of the problems over lists of candidates for the February 27 municipal polls,” said a Trinamul source.

The communication to the party leadership in the districts coincided with renewed activity at I-PAC’s end over the past few days, including updates on the chief minister and the party’s key activities, which had come to a conspicuous halt for over a week after things got complicated over the “unauthorised” lists of candidates Team Kishor allegedly issued on social media on February 4.

“Although her (Mamata’s) first reactions between February 4 and 11 suggested she was in favour of cutting the cord with PK, at least in Bengal, there are hints of a rethink,” said the source, adding that I-Pac’s Bengal team had never been asked to pack its bags, but only to wait and watch, for a bit.

Brought on board at heir-apparent Abhishek Banerjee’s behest after unprecedented gains in the state by the BJP in the general election of 2019, large sections of the party — especially the old guard — remained unsure of the kind of clout the agency was handed in the functioning of party as well as several areas of the state government. Many of the leaders who defected to the BJP ahead of the Assembly election did so out of angst over being sidelined by recommendations of Kishor, endorsed by Abhishek and allowed by Mamata.

Since the historic triumph over the BJP in the Assembly election last summer – engineered jointly by Mamata, Abhishek and Kishor – few dared to question the Abishek-Kishor clique. That was till the chief minister started making it clear from around November last year that she was no longer in favour of accepting every recommendation of Kishor.

The ties drastically turned testy over the differences between two sets of lists of candidates issued on February 4. The “unauthorised” ones made available on social media that evening were attributed to I-Pac (which used to handle most of the party’s official pages, groups and handles on social media). Hours after the lists of candidates were circulated widely, Partha Chatterjee and Subrata Bakshi issued statements disowning them as preliminary and released internally the “final” lists. In a public statement later, Mamata had backed the lists from Chatterjee and Bakshi, dismissing the others.

Unseemly scenes of clamour over differences between the two sets of lists continued for days. The fiasco drastically worsened Mamata’s ties with Kishor and escalated tensions between the aunt and her nephew.

It was a trigger for Mamata’s overhaul of the leadership structures in the top tier of her party.

For a couple of weeks now, Trinamul has been struggling to make its rebel Independents stand down from the contest for the February 27 polls to 108 municipalities.

“Even if I-PAC is allowed to stay on, its wings will be clipped. Its role will no longer be as overarching as it used to be,” said a Trinamul Rajya Sabha member.

He said the seeds of Mamata’s displeasure with Kishor were sown in the wake of Trinamul’s historic triumph against the BJP last summer, when the poll consultant was seen hogging the limelight nationally, taking the lion’s share of the credit for the sweep that was impossible without her leadership. Besides, Mamata had not taken kindly to Team Kishor’s relentless campaign for Abhishek as a “messiah-like figure”.