I spoke to the CM: Governor Jagdeep Dhankhar

'She (Mamata) was equally concerned at the situation' 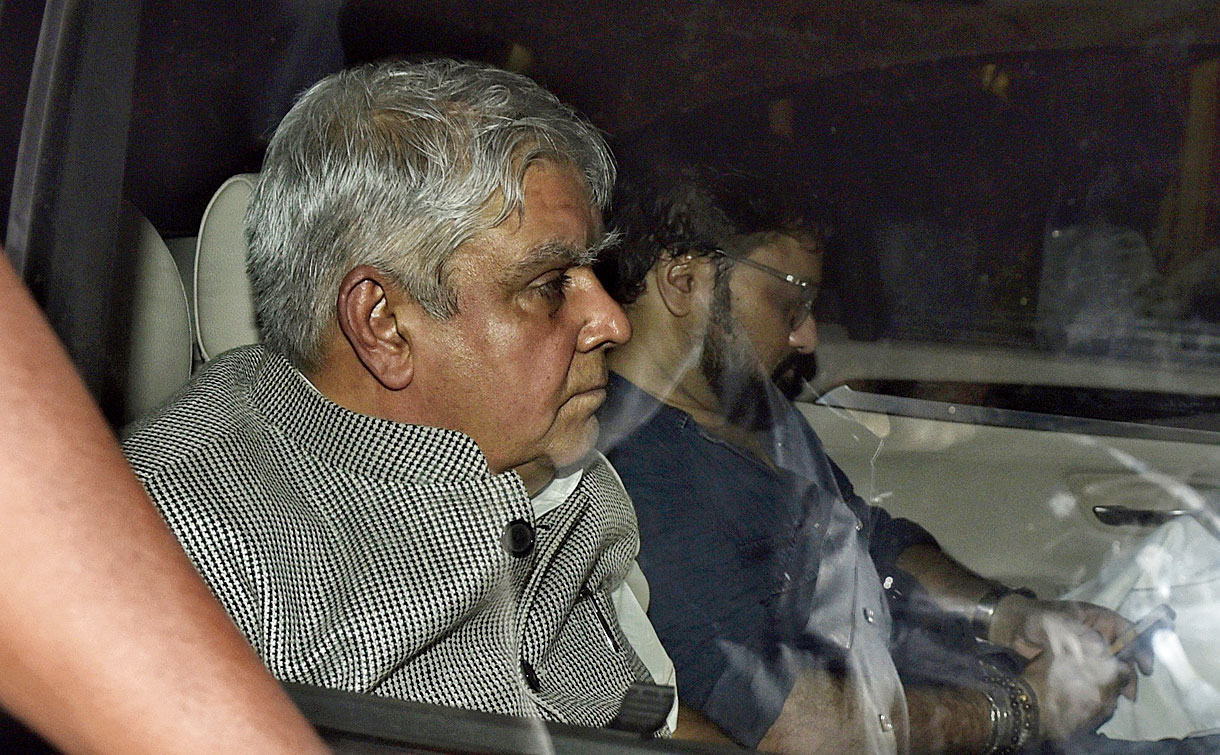 When governor Jagdeep Dhankhar stepped into Jadavpur University on Thursday evening, it was the first time in recent memory that a chancellor was wading into a student protest to defuse the crisis.

“I’m on my way back to Raj Bhavan with Babul Supriyo in my car…. The students are free to come anytime to Raj Bhavan to discuss their issues with me,” Dhankhar told The Telegraph after emerging from the siege, in which he had been caught for more than an hour.

“I have spoken to the chief minister. She was equally concerned at the situation,” the governor added.

Before Dhankhar had left the Raj Bhavan for JU, his office had issued a statement terming the “unlawful detention” of the minister “a serious reflection” on law and order in the state and on the conduct of its law-enforcing agencies.

Raj Bhavan sources said Dhankhar was likely to issue another statement on Friday morning about Thursday’s incident at Jadavpur University.

Dhankhar told this newspaper: “As a chancellor, I’m required to do certain things. I decided to go to the campus after I learnt that the vice-chancellor and the registrar had left the campus while the Union minister was in unlawful custody.”

Raj Bhavan sources said the governor had been keeping track of how things were unfolding at JU since he learnt that Supriyo had run into a student protest. As the situation turned volatile on the campus, he started working the phone lines, calling vice-chancellor Suranjan Das and chief secretary Malay De.

Dhankhar’s statement made apparent his dissatisfaction with the response of the university authorities and the state administration.

“The governor spoke to the VC and indicated to him that it was improper for him not to have taken prompt steps in the matter…. The chief secretary was sounded only after speaking with the VC,” read the statement.

“The governor takes the incident very seriously as it involves unlawful detention of a Union minister and this is a very serious reflection on the law and order of the state and on the conduct of the law-enforcing agencies.”

“He (Dhankhar) wasn’t acting like a figurehead; he looked more like an administrator…. And when he learnt that senior JU officials had left the campus leaving the minister in unlawful detention, he decided to visit JU,” a Raj Bhavan source said.