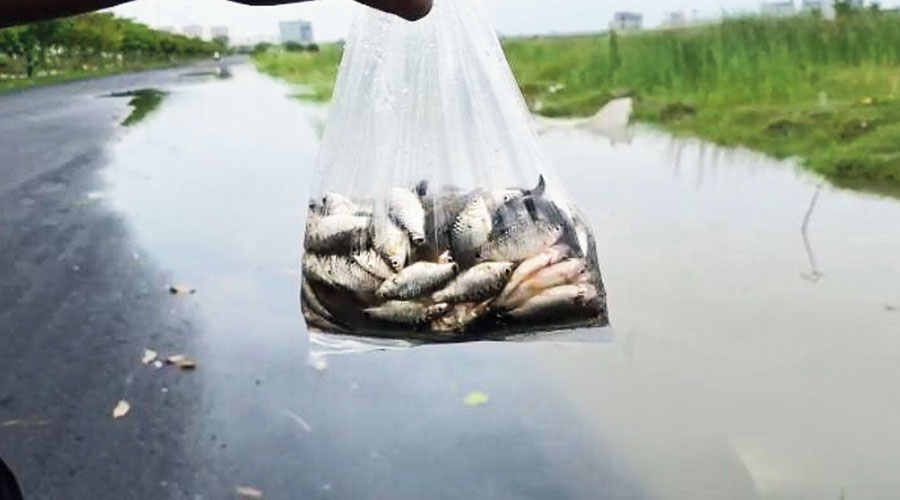 Hundreds of dead fish of different varieties were found floating in Kurti, a stream in Matialli block of the Dooars region of Jalpaiguri district on Sunday.

Block administrative official who visited the site suspect that unscrupulous fishermen might have poisoned the stream. An inquiry has been initiated into the fish deaths, officials said.

Dead fish were spotted first by morning bathers who carried them home.

“It seems some people have put poison in the water. There had been similar incidents earlier in rivers like Teesta and Karala that move through Jalpaiguri town. But in recent years, this is the first time that such an incident has been witnessed in Kurti,” said Jugal Chandra Roy, a member of Matialli panchayat samiti.

Later in the day, officials from the state fisheries department who visited the spot, cautioned people not to consume the dead fish. “Samples of water and dead fish have been collected for testing. People should abstain from consuming the dead fish,” said an official.