Nobel laureate to be feted by school and college 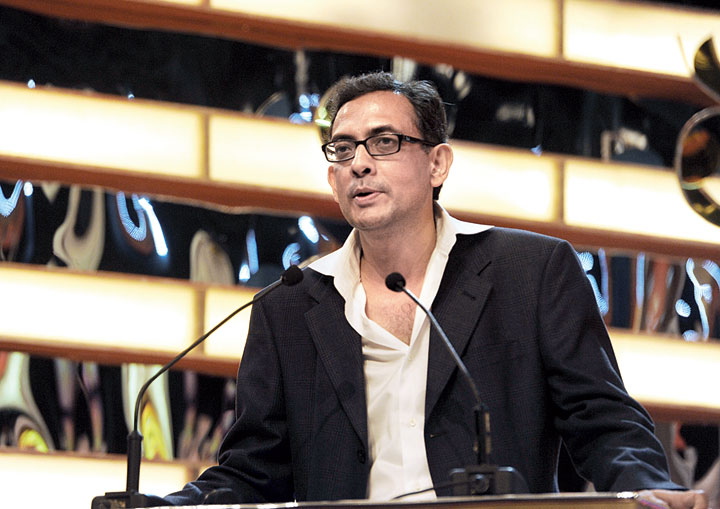 South Point has sought time to meet Nobel-winning alumnus Abhijit Vinayak Banerjee for students and teachers to personally hand over a book of congratulatory messages and signatures collected for him over the past week.

The two files, one from the school and the other from the alumni association, contain over 14,000 messages and signatures.

“Abhijit Vinayak Banerjee’s achievement has ignited the aspirations of our present students and led to a lot of pride among the alumni. These congratulatory messages are an expression of that aspiration as well as pride which we intend to present to him on behalf of the school and the alumni association,” said Krishna Damani, trustee of South Point and president of South Point Ex Students’ Association.

The school and the alumni association are in touch with the family, including Abhijit Banerjee’s younger brother and a Pointer himself, Aniruddha Bhaskar Banerjee.

The alumni association had shared a link online last week for former students to write their messages for the 1978-batch alumnus.

“It is not usual for many people in this country to be able to say that we sat on the same benches, walked the same corridors, and went to the same school where we spent the best years of our lives, as a Nobel Laureate. You have given many of us the opportunity to say all of the above and more…you have added a veritable feather in South Point’s cap,” reads the letter addressed to Banerjee from South Point Ex-Students’ Association.

A message posted on the school’s website: “You have brought glory to your alma mater, state and country.”

South Point had felicitated 50 noted alumni, including Banerjee, at the school’s golden jubilee celebrations in 2004. Abhijit Banerjee’s mother Nirmala Banerjee had attended the programme on his behalf.

Abhijit Banerjee will also be honoured by his other alma mater, Presidency University. Banerjee, along with co-winner of the Nobel and wife Esther Duflo, will receive a “felicitation scroll”, a university official said.

The scroll will be handed over to him at his home on Tuesday, Presidency vice-chancellor Anuradha Lohia said.

The scroll is a specially designed paper that the university confers on DLitt and DSc recipients at the convocation.

“We had sought to know from Abhijit Vinayak Banerjee whether he could come to the campus. But since we did not hear from him, chances of his visiting the campus are very slim. A representative from the university would go to his home to hand over the honorary scroll to him and Esther Duflo,” said a university official.

Alumnus Award for 2020. The alumni association has decided to give him the award on January 20 next year during the institute’s founder’s day celebration.

“We have plans to meet him at his Ballygunge home on Wednesday and communicate the decision while also asking him whether he could come down to the campus on January 20,” said Amit Choudhury, a member of the executive council of the alumni association.