Foresters suspected the animal might have entered from Neora Valley National Park in Kalimpong district, which is merely 12km from the spot 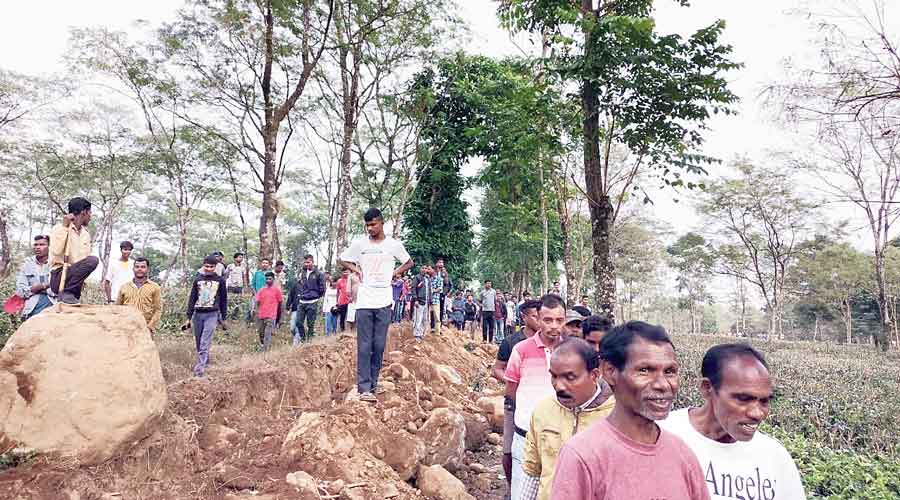 An angry mob of tea garden residents in Jalpaiguri district killed a Himalayan black bear after it strayed into their garden and killed a teen on Wednesday.

Around 3pm, the black bear was spotted at Meteli tea garden in Malbazar subdivision, some 60km from Jalpaiguri town. “Curious residents rushed to see the bear. Bidesh Khalko, 16, went a bit closer to the animal. It was then that the bear attacked him and dragged him behind the tea bushes. The teen died on the spot,” a source in Meteli police station said.

Police said that after this, an angry mob went around searching for the bear. Forest guards from Mal wildlife squad, Gorumara National Park and Khunia beat of Jalpaiguri forest division rushed to the spot.

“The forest guards managed to tranquilise the animal but before it could be rescued, locals beat the bear to death,” said a local.
Bears straying into tea gardens of Dooars is rare.

“We have not seen any bear straying inside the tea garden here. As a result, many out of curiosity went to see the animal,” said Ratan Minz, a resident of the tea garden.
Foresters suspected the animal might have entered from Neora Valley National Park in Kalimpong district, which is merely 12km from the spot.

“The incident is rare. We are all familiar with the conflict of humans with elephants and leopards in these areas. This is the first time a black bear entered a tea garden and killed a youth,” Shyama Pandey, a representative of a Wildlife Lovers' Organisation, Malbazar, said.

Foresters started an investigation to identify the people involved in killing the bear.

“We have started an investigation and are trying to identify the people involved in killing the Himalayan Black Bear. We will take legal action against them,” Rajendra Jakhar, the chief conservator of forest (Wildlife-North) said.