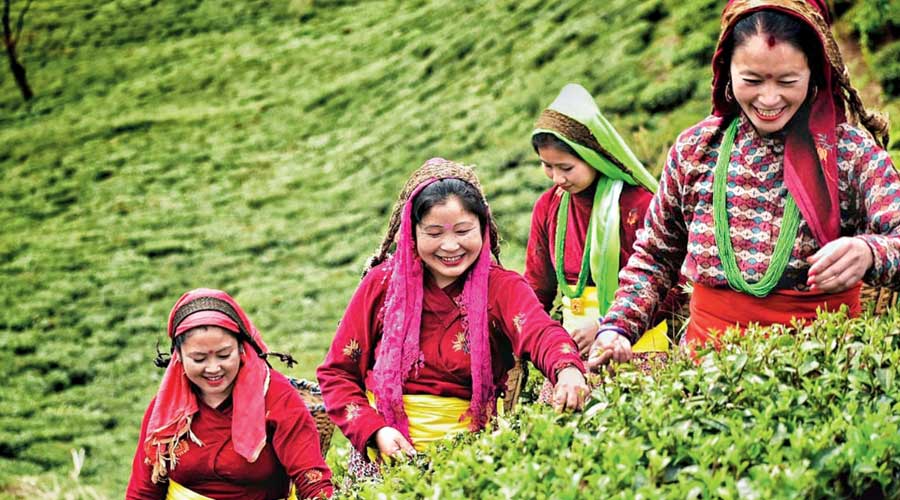 Bonus talks between hill tea garden unions and officials of the Darjeeling Tea Association (DTA) failed for the second time on Wednesday.

Although hill planters agreed to pay bonus at the rate of 20 per cent of the workers’ annual earnings, their proposal to pay it in instalments was rejected by eight hill unions.

Hill unions wanted planters to pay bonus at one go.

Hill unions of major parties like Bharatiya Gorkha Prajatantrik Party, Gorkha Janmukti Morcha, Gorkha National Liberation Front, CPM, Communist Party of Revolutionary Marxists and others, who are otherwise bitter rivals in hill politics, came up with a joint statement seeking payment of the 20 per cent bonus at one go.

“We all trade unions of the hill stand united to oppose the discrimination and suppressing policy of the hills tea garden owners and appeal your good self to justify our demands… that please do not split the bonus of accounting year 2020-2021 and let it be paid at one go,” the letter to the additional labour commissioner states.

At a time of intense competition among hill parties, many believe none of them  can afford to back an inch on the bonus issue now.

Planters cited their problems. “We don’t have any cash flow. It has been stated to the unions that we are agreeable to pay 20 per cent bonus but in instalments. We need time to get the money,” a tea planter said.

Owners of tea gardens in the Dooars region agreed to pay the bonus at the rate of 20 per cent at one go in their very first meeting.

Darjeeling Tea industry officials, however, insisted that the scenario was different in the hills. “Darjeeling tea is orthodox tea largely dependent on exports badly hit by the pandemic. There is also a crisis of containers because of which tea should not be shipped,” a DTA source had earlier stated. The official added that last year there was a drop in crop produce by 40 per cent too.

“The gardens in the plains produce CTC tea which has a domestic market,” the source added.

However, there were allegations that some gardens did not clear the instalment according to the agreed dateline, which prompted the “payment at one go” clamour.

Sixty-six gardens from the hills are with the DTA while 12 gardens are members of the Indian Tea Association. Though there are technically 87 tea gardens under Darjeeling Tea Industry according to lease documents, many have been merged for management reasons into 78 gardens.

The hill gardens employ around 70,000 workers.

The ITA usually agrees with the agreement reached by the unions with the DTA.