After Khan joined the BJP, three criminal cases were lodged against him at three different police stations of Bankura 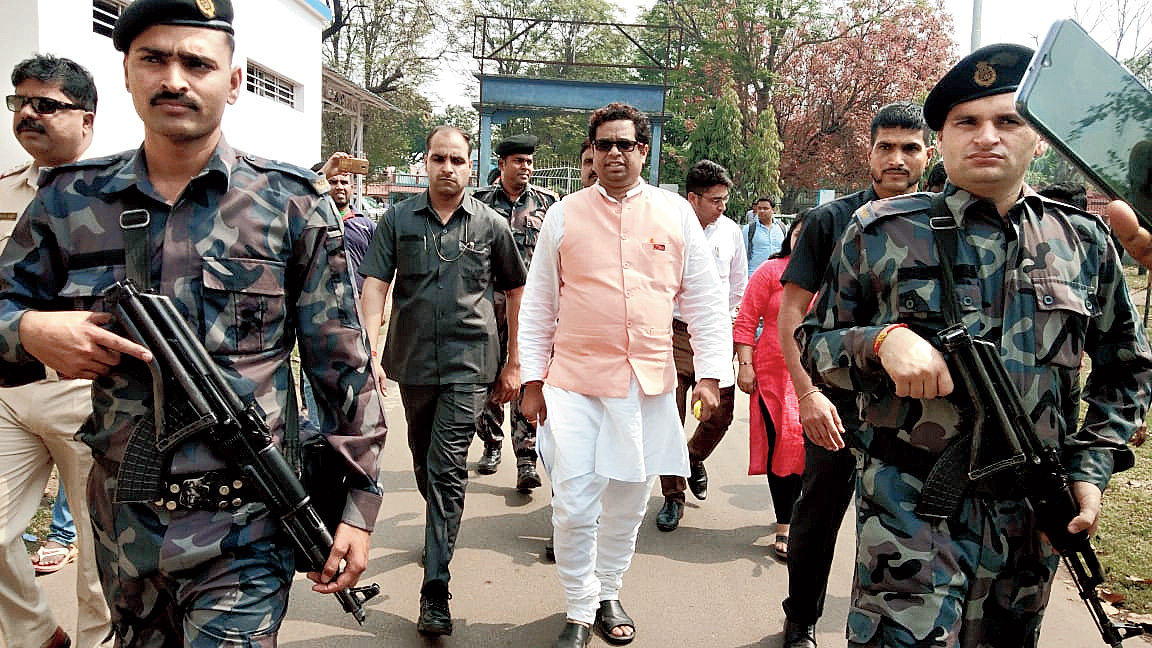 A division bench headed by Justice Jaymalya Bagchi, however, asked police not to arrest Khan till April 1 and directed the petitioner not to enter Bankura district till April 1.

Khan, who is apprehending arrests in three cases, was, however, granted interim and conditional anticipatory bail by the high court in one of the three cases last month.

After Khan joined the BJP, three criminal cases were lodged against him at three different police stations of Bankura.

In the first case, three complaints were lodged by three separate persons in Bankura district — two by local youths and the third by the Bankura Trinamul Congress president.

The three had alleged in their complaints lodged with Borjora police that during his tenure as the Bankura MP, Khan had received Rs 3 lakh from each of them by promising them jobs as assistant teachers in state-aided schools in Bankura.

The second complaint against Khan was about illegal lifting of sand from the Kangshabati river and selling the sand to various traders.

The Bankura town police lodged the third case against Khan alleging that an unlicensed revolver was recovered from his home when the police raided it in February.