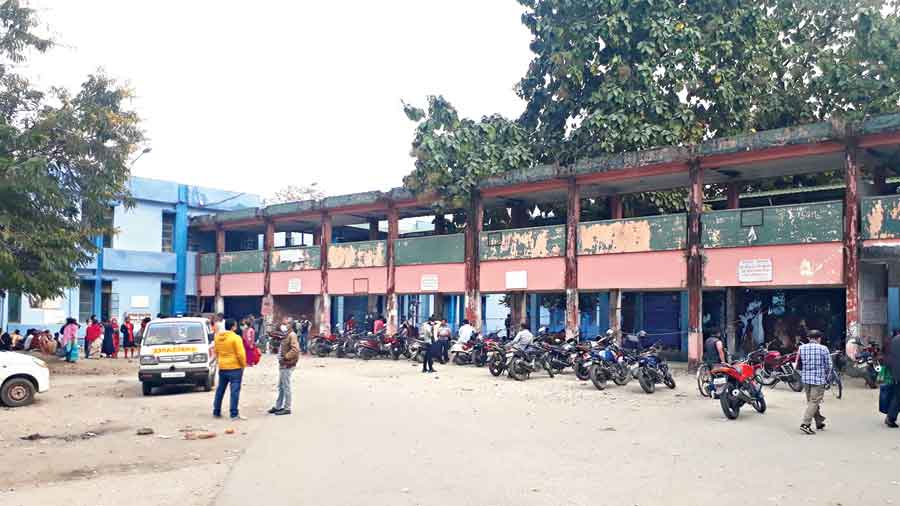 The North Bengal Medical College and Hospital (NBMCH), which is the largest medical referral centre in the region, has decided to install 25 new CCTVs on the premises at a time when nearly half of the existing 80 cameras are not functioning.

Sources at the hospital said 32 of the 80 cameras installed in different wards and corridors were not functioning currently, leaving a section of the staff and the general public with a sense of lack of security.

Some staff members complained that the cameras had not been functioning “for a long time” and that petty thefts and influence of brokers had increased over the years. The CCTVs had been installed on the campus about five years ago at an approximate cost of Rs 8 lakh.

“However, many cameras became defunct within months of the installation,” said a source.

Besides, cables used to connect CCTVs were also stolen during renovation works in the corridors of the hospital a couple of years ago.

Indrajit Saha, the principal of the medical college, said: “We are working to install new CCTVs keeping security in mind. Repairs will be undertaken for those CCTVs that are non-functional at the hospital.”

Jagadish Biswas, the assistant dean of the medical college, said the National Medical Commission (NMC) had issued a notice asking the facility to install 25 cameras on the campus. “The same company which had installed the cameras earlier has won the tender. People deputed by the company visited the campus on Friday and we hope the work will start soon,” said a hospital source.

The Medical Assessment & Rating Board (MARB) of the National Medical Commission has increased the number of MD (general medicine) seats at the NBMCH from four to 18 from the 2022-23 academic year.

Darjeeling BJP MP Raju Bista, who had raised the issue with Union minister for health and family welfare Mansukh Mandaviya on June 27, 2022, has thanked the minister and the National Medical Commission for increasing the MD seats.