Around 4,652 hectares of land has already been earmarked for the plantation of a total of 7.24 crore saplings this year 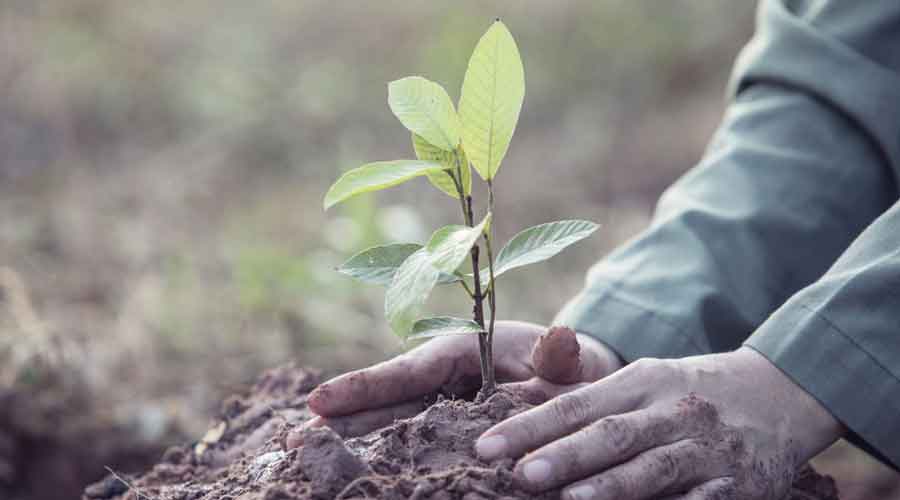 Two major cyclones battered the district in the past one-and-a- half years with residents saying the only saving grace was the preexisting mangrove cover.
Shutterstock
Snehamoy Chakraborty   |   Calcutta   |   Published 26.07.21, 02:03 AM

South 24-Parganas district administration officials will on Monday observe the International Day for the Conservation of the Mangrove Ecosystem by organising at least 300 plantation drives, all of which will have the participation of local residents.

Another highlight of the event, sources said, will be acknowledging the prominent role played by women in the last decade in bringing mangrove plantation to the fore of nature conservation in the district. Two major cyclones battered the district in the past one-and-a-half years with residents saying the only saving grace was the pre-existing mangrove cover.

“The chief minister has asked for 15 crore mangrove saplings to be planted across three coastal districts this year. In South 24-Parganas itself, more than 1 lakh women are being employed under the Mahatma Gandhi National Rural Employment Act, under which mangrove plantation is sanctioned,” said an official.

A total of 4,652 hectares of land has reportedly been earmarked for the plantation of a total of 7.24 crore saplings this year. Sources said the drive would span around 800km of coastline. Last year, five crore saplings were planted at the directive of the chief minister.

Sumitra Paira is a resident of Gosaba who has been involved in planting mangrove saplings for the past two years.

“This income has brought about a huge change in my family’s life. My husband had lost most of his fishing income since last year following the first lockdown,” she added. Paira is part of a team of 60 women hired by district officials to do the MGNREGA work.

Incidentally, the shift for women’s employment towards plantation work in this district is fore-grounded by the lack of major industry in the area, combined with its mainstay economic activities of fishing.

“After Yaas, we realised that we can protect the embankments only thorugh intense plantation of mangrove saplings which would also protect the livelihood. We have involved one lakh women in this scheme to plant crores of mangroves to empower them. There will be around 10 lakh new mandays created through the drive and it would be a great gift for the rural families in our district,” said P. Ulaganathan, the South 24 Parganas district magistrate.

“As July 26 is the International Day for the Conservation of the Mangrove Ecosystem, we are celebrating it in a grand way. One lakh women will plant saplings and seedlings of mangroves in hundreds of places in our district,” added the district magistrate.