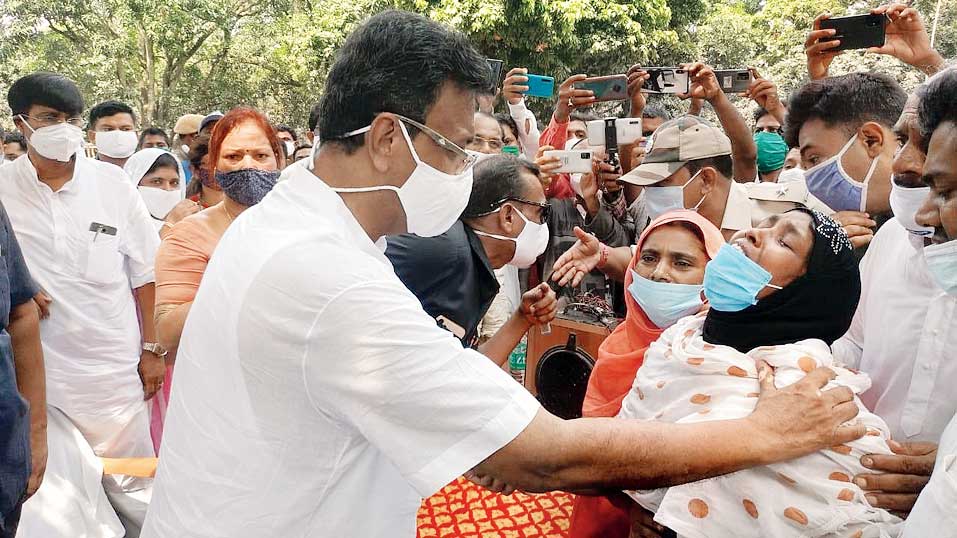 State municipal affairs minister Firhad Hakim arrived in Malda on Wednesday and met the bereaved families of the two migrant workers who died in the Varanasi mishap on Tuesday.

He handed over cheques of compensation to the families, a job to the wife of one of the deceased and cheques to families of six injured workers.

The workers were serving under a Gujarat-based private firm carrying out the Kashi Vishwanath corridor project in the temple town of Uttar Pradesh. While the kin of the deceased Aminul Momin, 40, and Ebadul Momin, 30, got Rs 2 lakh each, the kin of the injured received Rs 50,000 each. The bodies reached Malda.

When some people told Hakim that the bodies were “not packed properly”, the Trinamul minister took a dig at the Yogi government and said in Uttar Pradesh bodies of many Covid patients were dumped in the Ganga or on its banks.