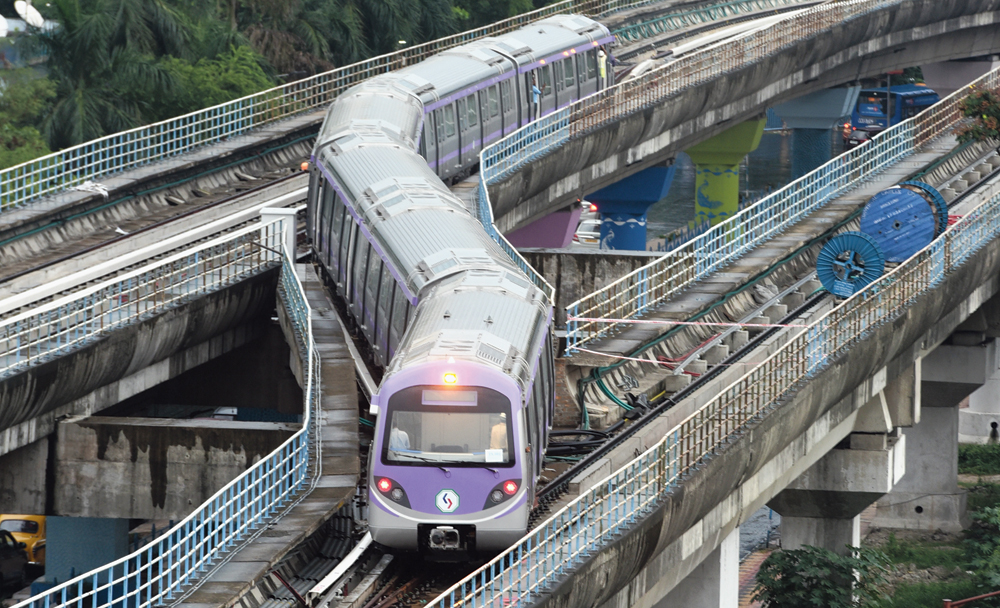 We spent the whole of last year looking up at the East West Metro viaduct and admiring the coaches as they sped by for trials. Although the initial phase will take us only from Wipro till the Salt Lake stadium, we are still excited about trying it out.

The 16.5km East-West Metro corridor will stretch from Sector V to Howrah Maidan. One of the boring machines had hit an aquifer under Bowbazar on August 31, triggering widespread subsidence. The high court’s permission is needed to resume the work.

But the first phase of East-West Metro — between Sector V and the Salt Lake stadium — is ready for commissioning. “We are waiting for a green signal from the railway ministry to start commercial services,” said an official of Metro Railway, which will operate the services.

The civic body plans to implement solid waste segregation at source early this year. According to official sources, February is now being set as the target date of commencement. This means we would have to hand over two separate bins to the garbage man — one with kitchen waste (that would be processed into compost) and the other with recyclable material like paper and plastic. The corporation has already sent green and blue bins to most homes and soon women of self-help groups would go door-to-door selling pouches, bearing the corporation’s logo, for households to dump sanitary pads, diapers etc. The project should go live soon afterwards.

The civic elections are due this year. Voters will remember how the 2015 elections were marred with violence — bricks were hurled, bombs were lobbed, injuring residents and journalists… This year the stakes are even higher, what with former mayor of the corporation Sabyasachi Dutta’s resignation from Trinamul Congress. Dutta is now a part of the BJP, that has been steadily gaining ground in the township, and is expected to be pitched against mayor Krishna Chakraborty and other former Trinamul colleagues. 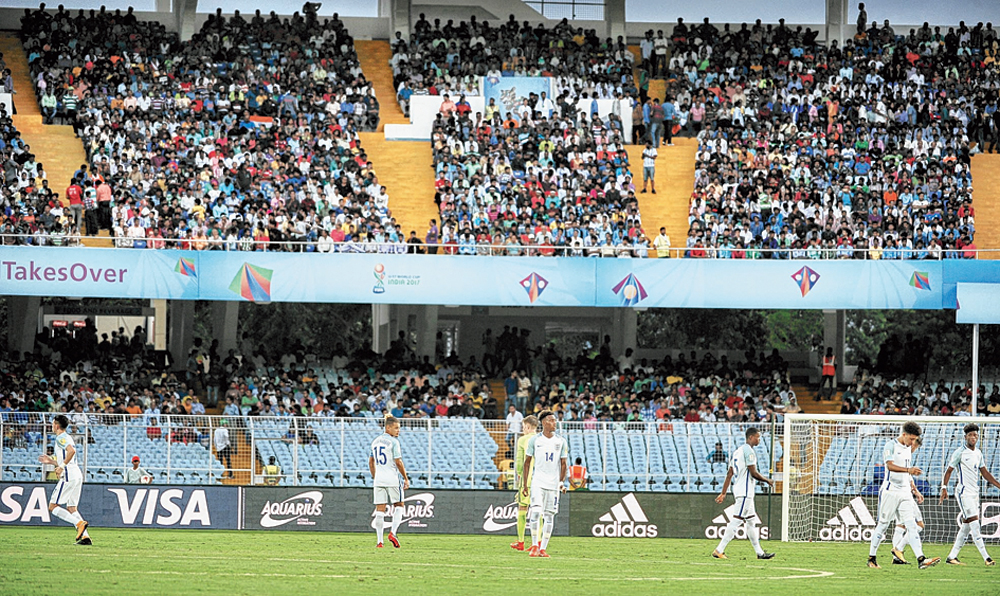 A file picture of a Fifa Under-17 World Cup match at Salt Lake stadium
Source: The Telegraph

Another FIFA U-17 World Cup

If memories of the 2017 FIFA Under-17 World Cup are still fresh in your mind, here’s a chance to relive them live. The World Cup is coming back to India, this time in the garb of the 2020 FIFA U-17 Women’s World Cup, and Salt Lake stadium will be one of the venues.

The stadium and its surroundings got a major facelift before the men’s tournament in 2017 but teams from FIFA have been dropping in now and then to inspect the stadium’s grounds, access routes, sidewalk encroachment etc. The tournament will take place between November 2 and 21.

The Central Park fairgrounds will host the International Kolkata Book Fair for the third consecutive time this year.

The organisers shifted the event to Salt Lake after Milan Mela, opposite Science City, closed down for renovation. While it’s unclear whether Milan Mela will reopen by the year-end, in 2020 Salt Lake residents can enjoy the fair in their township between January 29 and February 9. 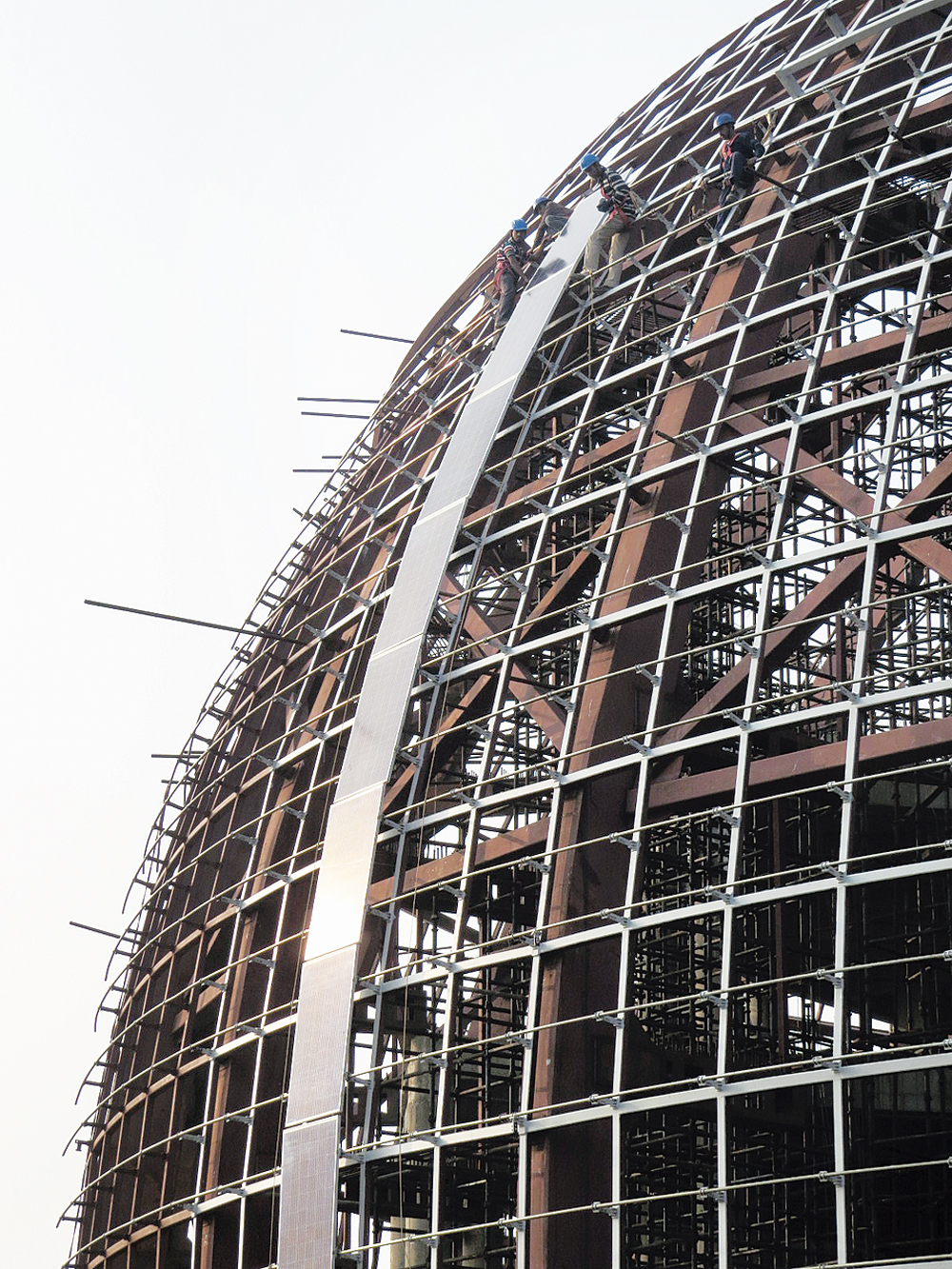 A dome-shaped exhibition hall-cum-auditorium is coming up near gate 6, next to the herbal garden, in Eco Park that will be fitted with solar panels on the outside to generate electricity for itself. According to sources, 75 per cent of the work is done and it should open this year. Placing solar panels on the curved surface of the dome had posed an engineering challenge which has now been overcome by attaching a framework of pipes on the outer wall, to which the panels are being clamped. The solar panels are expected to be fitted in another two months. The dome is expected to generate about 180 KW of electricity.

There will be provisions for a laser show, an overhead aquarium and a food court in the upper levels. A viewing gallery will be there at a height of about 16m from the ground, offering visitors a panoramic view of the park and the lake.

A spiral ramp would connect the three levels besides two lifts with 15-person capacity each.

A vehicular subway will be built at the Narkelbagan crossing in New Town to provide a free turn to vehicles headed from Salt Lake to Tata Memorial Hospital side. Since no flyover can be built there because of the existence of the gate, a ramp will go under the road surface, taking the load off a busy traffic intersection.

NDITA has started work on de-cluttering the skies of Sector V. Street 13 and 17 in particular are already free of the mesh of cables. Other streets in the tech hub are also being cleared gradually. 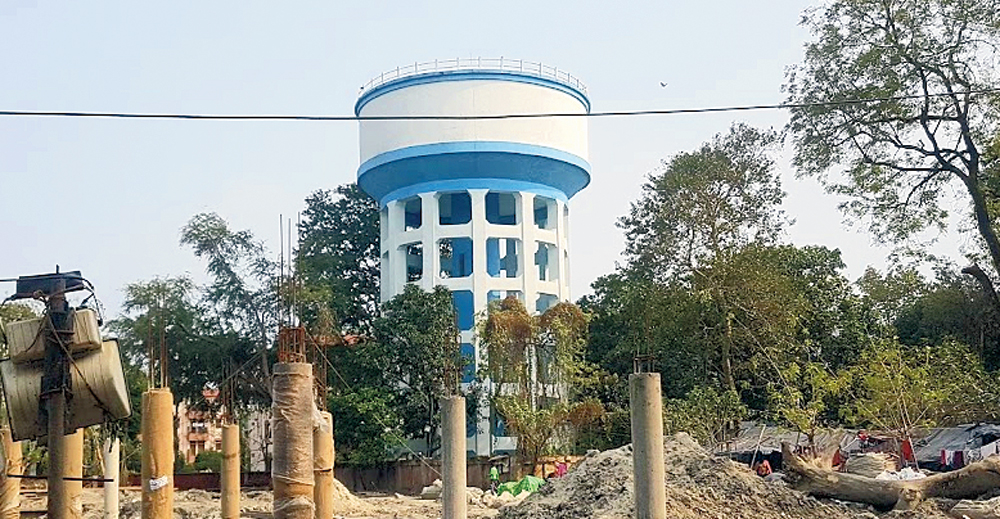 A water tank
Source: The Telegraph

More water in our taps

Salt Lake will start storing the full capacity of water promised from the New Town water treatment plant. The storage facilities to receive the extra water are expected to be ready by February. Work on the underground reservoir is in its final phase at Tank 13 and a pump is getting installed to draw up the supply. The reservoir will hold 4 million gallons of water. At the other site, near Tank 5, a pump is also in the process of being installed at the 3 million gallon capacity underground reservoir which is otherwise ready. A major breakthrough has been the displacement of the 15 families which had encroached on the site and stalled construction of the overhead tank for months. Work will now start on the tank of 1,50,000 gallons capacity.

A multi-storeyed car parking area, along with a food plaza is expected to open this year at AQ 11 in Sector V near Technopolis. The facility is coming up on a one-acre plot opposite the Positional Astronomy Centre and is being built by the Nabadiganta Industrial Township Authority, the administrative body that governs Sector V. The parking lot will be equipped with a ramp through which motorists will be able to drive up and park their cars here. The parking lot is likely to be a G+7 building that will have a food court on the ground floor.