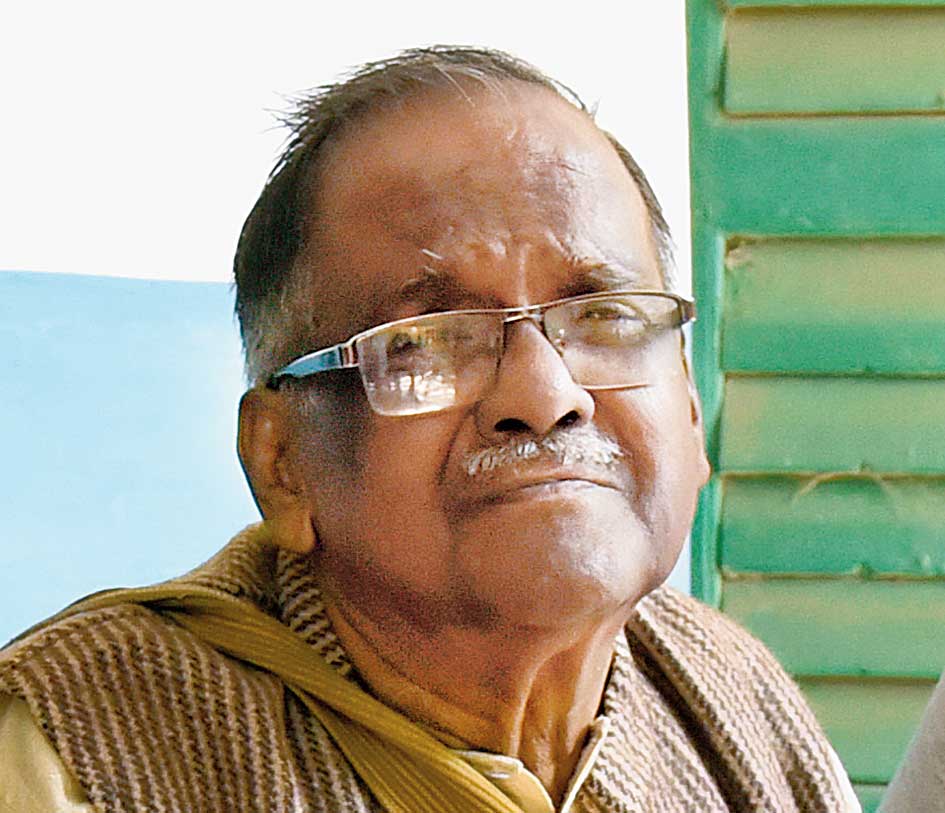 Former Visva-Bharati vice-chancellor Dilip Sinha was on Thursday sentenced to five years in jail along with former registrar Dilip Mukherjee and Mukti Deb, ex-lecturer in the mathematics department, for attesting the teacher’s forged degrees and allowing her to stay in the job for five years.

Sinha, 81, pleaded innocence before Bolpur additional chief judicial magistrate Arvind Mishra, who had held the three guilty on Wednesday. “I was not aware of such things. I am diabetic and underwent a bypass surgery.”

Mukherjee, 81, made a similar entreaty and claimed he did not do “anything knowingly”. Deb, now in her sixties, broke down and said she was not involved in forgery. All three sought leniency.

When he was being led out of court, Sinha said: “I will talk to my lawyers and they will initiate further steps.” Saurabh Roy Chaudhury, the lawyer for Deb, said: “We will challenge the order in the high court soon.”

Later in the day, Sinha and Mukherjee were taken from jail to a Bolpur hospital after they fell ill.

Visva-Bharati first suspected something amiss in 2002 when Deb applied for a PhD in the mathematics department where she had joined as a lecturer in 1997.

She had attached copies of her testimonials attested by Sinha.

Senior university officials were surprised when Deb withdrew her application after the Board of Studies in the mathematics department sought her original marksheets for her PhD application.

Sources said Deb had submitted attested copies of her Bachelor’s degree in applied mathematics from Calcutta University and Master’s from Jadavpur University.

“She completed her MPhil in applied mathematics from Calcutta University under the guidance of Dilip Sinha. Visva-Bharati wrote to the Calcutta and Jadavpur universities and came to know that both degrees were forged,” a former mathematics professor recalled.