Make in India initiative is yet to take off in defence production: Sanjay Mitra 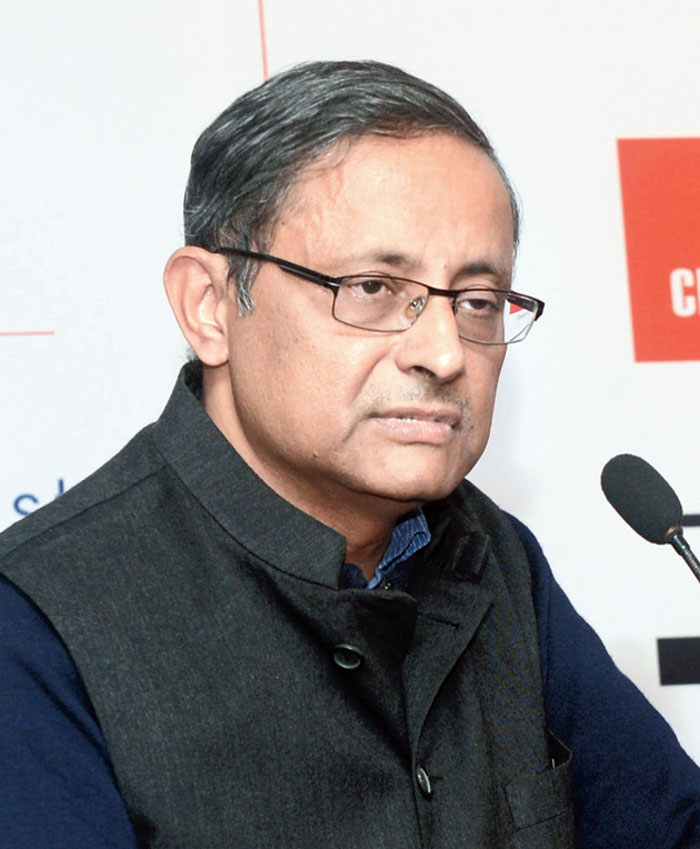 India does not make anything of value in defence production. The Make in India initiative is yet to take off in this critical sector, where a third of capital expenditure is spent.

These and more were discussed at the Bengal Chamber of Commerce Think Series, in association with The Telegraph, on the evening of January 7. The speaker was India’s former defence secretary and Bengal’s former chief secretary Sanjay Mitra.

He was in conversation with former Air Chief Marshal Arup Raha

Talking about modernisation of the armed forces, Mitra said the talk was about taking acquisition of defence equipment out of government control. France has an independent body for defence acquisitions. It, however, makes everything it needs in defence. So does the US and China.

“We don’t make anything of value. We do make ships but not weapons,” said Mitra. There are efforts to corporatise the ordnance factories and steps are being taken to involve MSMEs. The government is also creating defence industry corridors in different parts of the country though Bengal does not figure on the list.

“Our leaders wanted India to be self-sufficient in critical technology in armed forces and with that aim in view, 45 DRDO laboratories were set up.... Despite that we continue to input hi-tech equipment from abroad,” pointed out Mitra.

India engages in high-value military procurement from big players that runs into excess of trillions of dollars. There will be more armed drones, more capabilities. A third of the current capital expenditure is on defence. In the last 20 years, 100 billion dollars worth defence purchase have been made, some through international firms.

The country does not nurture any geo-political ambitions and strategises to remain neutral in international conflicts. It seeks to engage with its neighbours peacefully and views terrorism as its main threat, Mitra said.

“Our neighbourhood is our top priority, we have bilateral defence dialogues with them and joint military exercises. We engage with our neighbours not just bilaterally but also through constructs like the Bay of Bengal Initiative for Multisectoral, Technical and Economic Cooperation (BIMSTEC), Indian Ocean Rim Association,” said Mitra.