Ex-BJP leader in net with bundles of new notes

A former BJP leader who had fought the last Assembly polls and was known for his proximity to a central minister has been arrested along with six others who police said were part of a coal mafia. 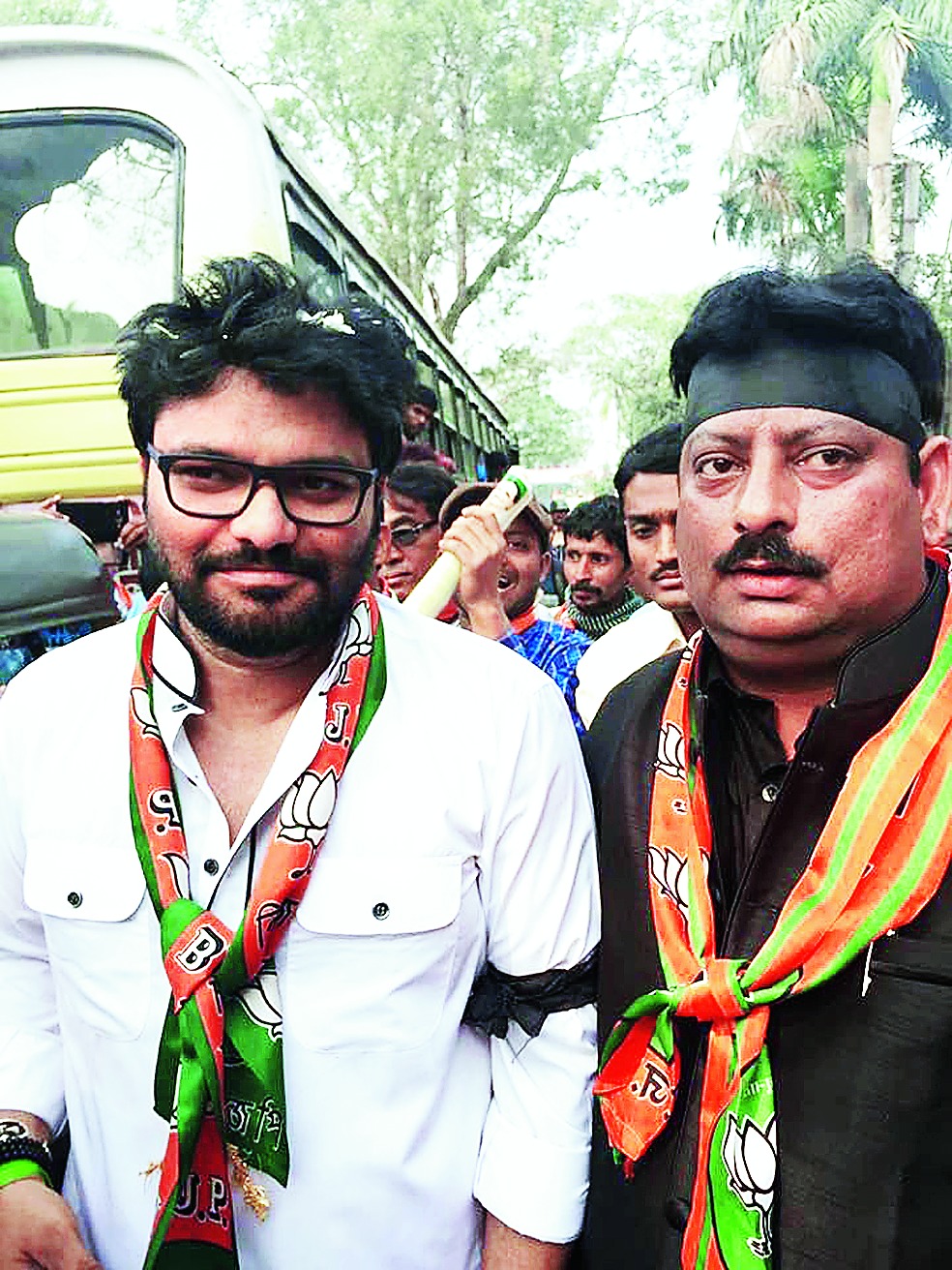 Calcutta, Dec. 6: A former BJP leader who had fought the last Assembly polls and was known for his proximity to a central minister has been arrested along with six others who police said were part of a coal mafia.

Five bundles of Rs 2,000 notes - totalling Rs 10 lakh - were allegedly found on Manish Sharma, who had contested the polls from Ranigunj in Burdwan on BJP ticket.

The special task force of Calcutta police rounded up Sharma and four others from an Innova in Maniktala on Monday night. The other two were picked up from an apartment in a Baguiati housing complex on Tuesday morning.

All seven have been booked on charges of possessing illegal arms and criminal conspiracy.

"Based on specific information, we intercepted an Innova near Bidhan Sishu Udyan in Maniktala on Monday night and arrested five persons carrying illegal arms and money they could not account for. Pursuing their statements, we arrested two others from a flat in Baguiati early on Tuesday and seized more arms and money. A probe suggests they had come from Durgapur to Calcutta for procuring arms and cartridges for rowdy activities," joint commissioner (STF) Vishal Garg said.

Garg said seven firearms - all semi-automatic guns - 89 rounds of cartridges and Rs 33 lakh in new currency notes were seized from the arrested seven. Three of the guns were licensed.

Jayprakash Majumder, the vice-president of the Bengal unit of the BJP, said Sharma had been expelled from the party on June 30. "He was president of the Ranigunj town mandal of the party for around eight months and had contested the Assembly elections from Ranigunj as BJP candidate. He now has no links with the party," Majumder said.

The Union minister of state for heavy industries and public enterprises, Babul Supriyo, who had campaigned for Sharma in the elections, tweeted on Tuesday evening: "True. Sad that people get 'derailed' from life & cause embarrassment 2 people who trusted them. Rue the MANY hours I wasted campaigning for him!"

The minister's tweet was in response to a tweet from Anirban Sadhu - "@SuPriyoBabul Sir,BJP leader of Raniganj,Mr. Manish Sharma arrested by STF from Kolkata. I know BJP leaders were honest."

Sources said the STF had learnt that huge amounts of new currency notes, meant to be illegally exchanged for the scrapped Rs 500 and Rs 1,000 bills, had been reaching the city from Bihar since the November 8 demonetisation.

"Working on the leads, we came to know about the role of Manish Sharma and Raju Jha, a coal mafioso from the Asansol-Durgapur belt," an officer said. Apart from Sharma and Jha, the others picked up from the Innova were Lokesh Singh, Krishna Murari Kayal and Sayan Majumdar. Sayan was at the wheel.

The two men arrested from flat 6C on the sixth floor of the Yamunotri Block of Panchabati Apartment were Partha Chatterjee and Shubham Bhowmick. "The accused were Jha's associates," an officer said.

When the cops intercepted the vehicle, Sharma apparently identified himself as Manish Joshi, a resident of Kanishka Apartment in Pune.

"He said he was Manish Joshi but also admitted that his name was Manish Sharma," joint commissioner Garg said. Sleuths have learnt that Sharma shifted to Pune with his family after losing the Assembly polls.

A voter's identity card bearing the name of Manish Joshi was found in the apartment. Residents of Panchabati Apartment said the flat from where two of the accused were arrested was owned by Jha.