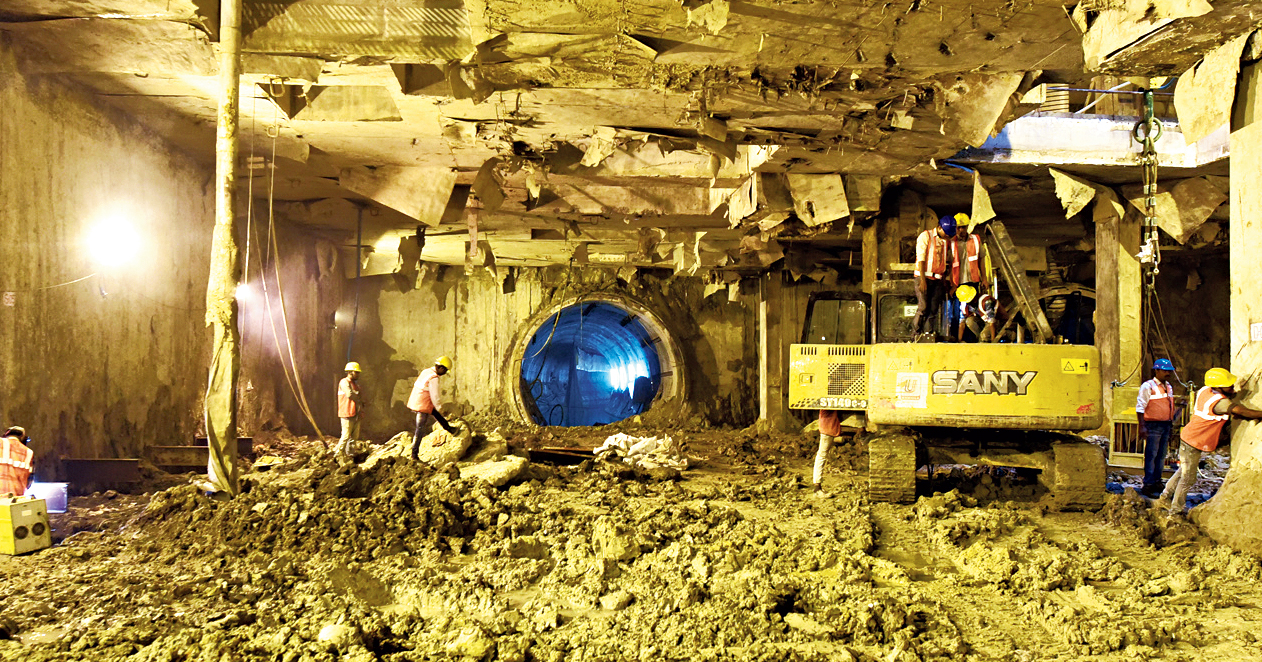 The site where the underground Howrah station of East-West Metro will be built
The Telegraph file picture
Sanjay Mandal   |   Calcutta   |   Published 23.12.18, 08:25 PM

The year-end holidays in Europe pegged back the East-West Metro in Calcutta just when the railway ministry was looking to make a dash for the finish line and roll out the first train before the election schedule is out.

Senior railway officials said it would not be possible to inaugurate the first phase of the route before March because of a two-week lag in troubleshooting problems detected during trial runs.

Any software-related problem that crops up during a trial run is immediately referred to experts in Europe, who send back solutions through email. “But since Europe is on a festive break for two weeks till January 5, troubleshooting will have to wait,” an official involved in the project said.

Ansaldo, the company contracted to provide software integration between the trains, signalling system, tracks and platform screen doors, is headquartered in the Italian city of Genoa.

According to officials, snags are often detected during trial runs and the speed of troubleshooting will determine how quickly the project can become operational. East-West trains will first run between the Sector V and Stadium stations, a distance of 5.7km.

“We need another couple of months to complete the trials,” an official said. “A Europe-based independent agency has been hired to run various checks after that. Once an approval comes through, another round of trials will be conducted by the commissioner of railway safety.”

The railway ministry has been pushing projects that are nearing completion so that these can be inaugurated before the general elections are announced and the model code of conduct for political parties kicks in.

The ministry has written to its zonal offices and held a series of meetings with project teams to try and complete them within the next two months.

For the East-West Metro, which when completed will connect Sector V with Howrah Maidan through the Hooghly, trial runs are crucial to ensuring that the signalling system is perfectly coordinated with the software used on the trains. “These trains will have little dependence on drivers,” an engineer said.

Metro Railway, which is in charge of the East-West Metro, recently received a prod from the railway ministry through a letter that has since been forwarded to the Kolkata Metro Rail Corporation, the implementing agency.

Railway minister Piyush Goyal had held a meeting with representatives of all zonal railways, including those from Bengal, only a few weeks ago. He enquired from them which projects could be inaugurated in the next couple of months, an official who attended the meeting said.

A railway ministry official said the letters sent out to zonal offices to expedite projects were “routine” for the last quarter of a financial year.

But a railway official involved in several Metro projects in the city said no such letter had been received in recent years.